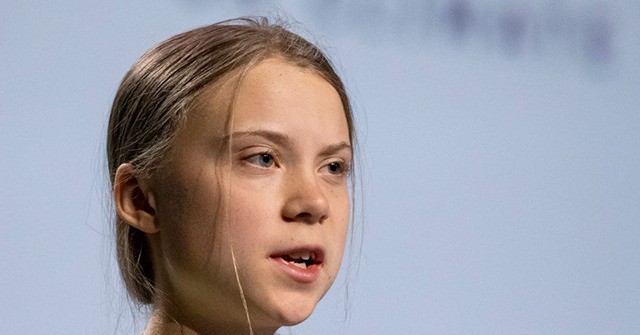 The campaign calls for participants to post a photo of themselves holding up a placard with the hashtag “#Save12HongKongYouths” to social media and to nominate three others to do the same and spread awareness about the detainees.

I’ve been nominated by @joshuawongcf to join this campaign. Post a picture of #SAVE12 & #SAVE12HKYOUTHS and tag 3 friends to spread the word.

Wong kicked off the campaign on October 12. The effort includes online petitions demanding China immediately return the 12 activists to Hong Kong. London-based NGO Hong Kong Watch launched a separate campaign on October 14 calling for U.K. parliamentarians to support the activists during their ongoing detention and impending trial. The campaign demands that the detainees are granted “legal representation of their family’s choosing, contact with family members, and access to medical care.”

Thunberg became known internationally in 2018 after she organized school strikes in her native Sweden to raise awareness about the theory of climate change. Chinese Foreign Ministry spokesman Zhao Lijian responded to Thunberg’s endorsement of the campaign to free the 12 Hong Kong activists on Monday at a regularly scheduled press conference.

“China is [sic] country with rule of law and Chinese judicial authorities handle cases in strict accordance with law. Nobody has any right to interfere,” Zhao said.

“The individuals were arrested according to law for suspected involvement in or organization of illegal border-crossing. As investigation is underway, Chinese public security authorities protect the criminal suspects’ lawful rights and interests in accordance with law [sic],” he claimed.

Chinese coast guard officials arrested the 12 Hong Kong activists on board a speedboat in Chinese waters on August 26. The group was allegedly trying to flee to Taiwan. Most of the group’s members were facing criminal charges related to their participation in Hong Kong protests against a now-scrapped extradition bill last year. One of the activists detained on the boat, Andy Li, was charged under Hong Kong’s new national security law, which Beijing imposed on the city in late May in response to ongoing pro-democracy protests. The law undermined the city’s traditional semi-autonomy and denied Hongkongers the right to free speech and freedom of assembly.

The law requires a minimum sentence of ten years in prison for anyone found guilty.

“The group has been detained for almost two months. They are being held in Yantian District Detention Center in Shenzhen,” HKFP reported on Monday, citing local Chinese media. Nine more people were arrested in Hong Kong this month for allegedly aiding the 12 activists in their failed attempt to flee to Taiwan.