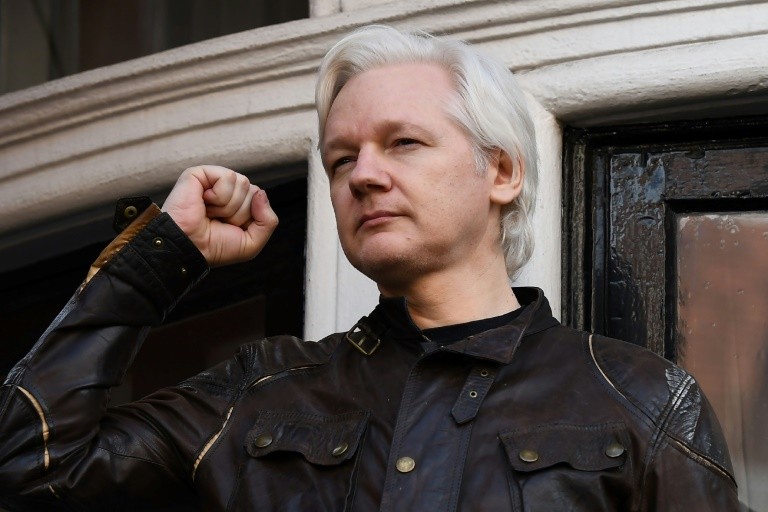 Glenn Greenwald, known for his work exposing the NSA’s covert surveillance of American and other citizens, writes that the prosecution of WikiLeaks founder Julian Assange poses a “grave threat to press freedom,” reminding readers that even Obama’s Department of Justice recognized this.

Despite this, Greenwald notes the current DOJ has obtained sealed charges against the WikiLeaks founder, even while it ignores former Secretary of State Hillary Clinton’s decision to compromise national security by hosting sensitive government material on insecure private email servers.

Writing in The Intercept, Greenwald contrast the threats to Assange’s freedom with similar complaints by mainstream journalists.

Over the last two years, journalists and others have melodramatically claimed that press freedoms were being assaulted by the Trump administration due to trivial acts such as the President spouting adolescent insults on Twitter at Chuck Todd and Wolf Blitzer or banning Jim Acosta from White House press conferences due to his refusal to stop preening for a few minutes so as to allow other journalists to ask questions. Meanwhile, actual and real threats to press freedoms that began with the Obama DOJ and have escalated with the Trump DOJ – such as aggressive attempts to unearth and prosecute sources – have gone largely ignored if not applauded.

But prosecuting Assange and/or WikiLeaks for publishing classified documents would be in an entirely different universe of press freedom threats. Reporting on the secret acts of government officials or powerful financial actors – including by publishing documents taken without authorization – is at the core of investigative journalism. From the Pentagon Papers to the Panama Papers to the Snowden disclosures to publication of Trump’s tax returns to the Iraq and Afghanistan war logs, some of the most important journalism over the last several decades has occurred because it is legal and constitutional to publish secret documents even if the sources of those documents obtained them through illicit or even illegal means.

The Obama DOJ – despite launching notoriously aggressive attacks on press freedoms – recognized this critical principle when it came to WikiLeaks. It spent years exploring whether it could criminally charge Assange and WikiLeaks for publishing classified information. It ultimately decided it would not do so, and could not do so, consistent with the press freedom guarantee of the First Amendment. After all, the Obama DOJ concluded, such a prosecution would pose a severe threat to press freedom because there would be no way to prosecute Assange for publishing classified documents without also prosecuting the New York Times, the Washington Post, the Guardian and others for doing exactly the same thing.

As the Washington Post put it in 2013 when it explained the Obama DOJ’s decision not to prosecute Assange:

Justice officials said they looked hard at Assange but realized that they have what they described as a “New York Times problem.” If the Justice Department indicted Assange, it would also have to prosecute the New York Times and other news organizations and writers who published classified material, including The Washington Post and Britain’s Guardian newspaper.