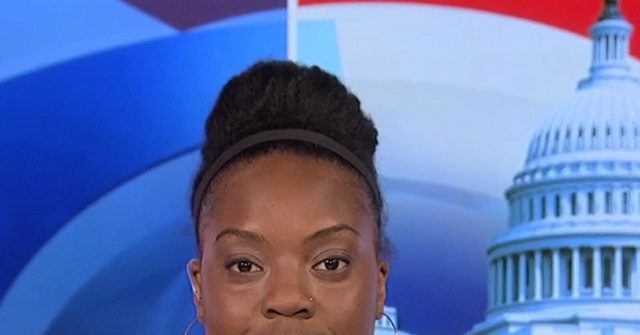 Thursday on MSNBC, policy director for left-wing New Consensus Rhiana Gunn-Wright argued the threat of climate change was worthy of more attention than it was getting given the potential number of deaths that could stem from an increase in global temperature.

Gunn-Wright, described by host Ali Velshi as one of the “architects” of the so-called Green New Deal, argued climate change was a relevant issue because it is tied to other societal woes, one of which is public health. She invoked the Holocaust to make that point.

“So in the issues that you just brought up, climate change is one of the main drivers of our public health. So the difference between, say, 1.5 degrees of warming, which is the least that folks think that we can get, to 2 [degrees], you are talking about 150 million deaths,” Gunn-Wright said. “That’s 25 holocausts, right? So how is that not a health issue? How is that not about health care?”