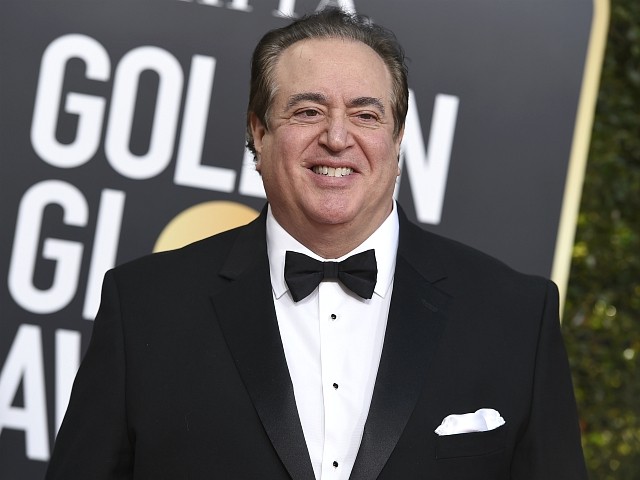 Green Book screenwriter Nick Vallelonga is facing criticism (and a possible blacklisting) over a 2015 tweet where he agreed with then-candidate Donald Trump’s claim about Muslims in New Jersey seen cheering 9/11.

Replying to Trump, Vallelonga tweeted, “100% correct. Muslims in Jersey City cheering when the towers went down. I saw it, as you did, possibly on local CBS news.”

Vallelonga has now deleted the tweet, but as Breitbart News reported at the time, Trump was 100 percent correct about this, and therefore, so was Vallelonga, who correctly remembered that a CBS affiliate did the report.

Just a couple of blocks away from that Jersey City apartment the F.B.I. raided yesterday and had evidence removed, there is another apartment building, one that investigators told me, quote, was swarming with suspects — suspects who I’m told were cheering on the roof when they saw the planes slam into the Trade Center. Police were called to the building by neighbors and found eight men celebrating, six of them tenants in the building.

Rooftops “swarming” with Muslims “cheering on the roof when they saw the planes slam into the Trade Center.”

Vallelonga joins Green Book director Peter Farrelly in the barrel today as the knives come out for Oscar season. Not only did Green Book get a huge Oscar boost through a Golden Globe win for Best Drama, Vallelonga won his own Golden Globe for co-authoring the screenplay.

Farrelly is taking fire for a chronic habit he had 20 years ago of flashing his penis at men and women alike — as a joke. This included his There’s Something About Mary star Cameron Diaz. Farrelly has already apologized. So far, Vallelonga has only deleted his Twitter account and released a cryptic statement about how deleting the Twitter account speaks for itself.

Naturally, the left-wing entertainment media are using this non-scandal to resurrect the fake news that Trump lied about seeing American Muslims cheer the World Trade Center falling. Even though contemporaneous news reports back up Trump’s claim, Vallelonga’s accurate tweet is being treated as an act of racism, as the screenwriter spreading Trump’s lies:

It was also a week in which Trump repeated the vile lie that Muslims in Jersey City, New Jersey cheered as the World Trade Center collapsed. In a slow-motion version of later presidential tweetstorms, Trump spent the week demanding apologies, yelling about the media, and retweeting anyone who said anything nice about him. … Here’s a representative example of the types of sources Trump was having to rely on to back up his story: Alex Jones’ Infowars[.]

Slate linking to Infowars as opposed to CBS News is peak Slate.

That claim since has been debunked.

Ah, no, that claim was confirmed by a contemporaneous CBS News report about “swarms” of Muslims on rooftops cheering 9/11.

Days after he won the Golden Globe for Best Screenplay, a 2015 tweet from Green Book writer/producer Nick Vallelonga resurfaced in which he agreed with Donald Trump’s unsubstantiated claim that he saw “Muslims in Jersey City cheering” when the World Trade Center towers collapsed on 9/11.

No, the claim was not unsubstantiated, it was proven to be 100 percent correct.

And so on, and so forth…

We now live in a sick and twisted world where Vallelonga’s sin is not spreading falsehoods (because he didn’t), but backing something said by the Bad Orange Man.

It doesn’t matter that Vallelonga was correct, his unpardonable sin is that he agreed with something said by Trump, and unless you publicly declare everything Trump says as a racist lie, you will be blacklisted for ThoughtCrime.