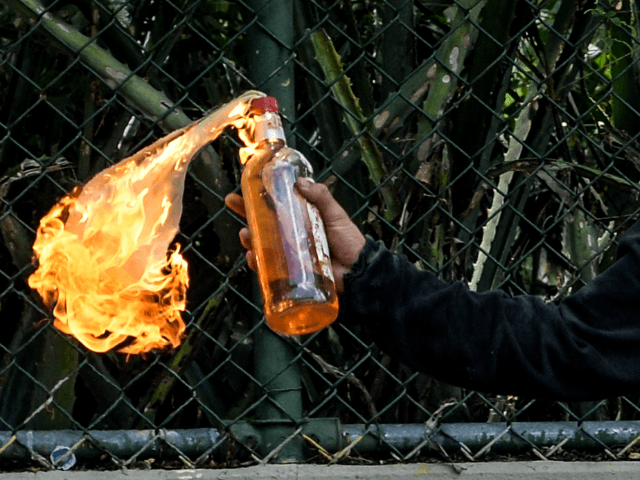 Greek police arrested five minors who had Molotov cocktails who were thought to be plotting attacks on police officers, with officials speculating Antifa far-left anarchists may have recruited them.

The five arrests took place in the neighbourhood of Thiseio in central Athens, with investigators claiming that the five were headed to the area of Exarcheia with several Molotov cocktails to engage in an attack against local law enforcement officers.

According to a report from Greek newspaper Proto Thema, only two of the minors knew each other and that the five had met for the first time on Saturday evening after agreeing to meet on the internet.

Investigators are now working on the assumption that the three minors were recruited online by veteran Antifa anarchist “anti-authoritarians”. It is suspected the far-leftists intentionally recruited children without criminal records or who were not known to the police so that the youths could undertake their activities with less suspicion.

The United States and @realDonaldTrump need to learn from the ultra-violent history of Antifa in Europe. https://t.co/pRSlgR8yH6

The arrests follow a number of incidents involving Antifa anarchists in Greece in recent weeks. Last week, extremists set an American flag on fire during a protest outside of the United States consulate in Thessaloniki. The far-leftists claimed to be acting in solidarity with Black Lives Matter (BLM) protesters who they labelled “U.S. insurgents”.

In another incident last week, which was also allegedly in solidarity with BLM protesters, far-left anarchists threw Molotov cocktails at police near the U.S. embassy in Athens in a failed effort to light the building on fire.

The most serious case of far-left violence occurred in Thessaloniki when two extremists were arrested after trying to detonate a bomb at the home of conservative former Minister of State Dimitris Stamatis.

The pair, a 27-year-old man and a 28-year-old woman, were arrested and four homes connected to the suspects were raided. Investigators seized several items including four homemade explosives, plastic bottles filled with flammable materials, and electronic devices.