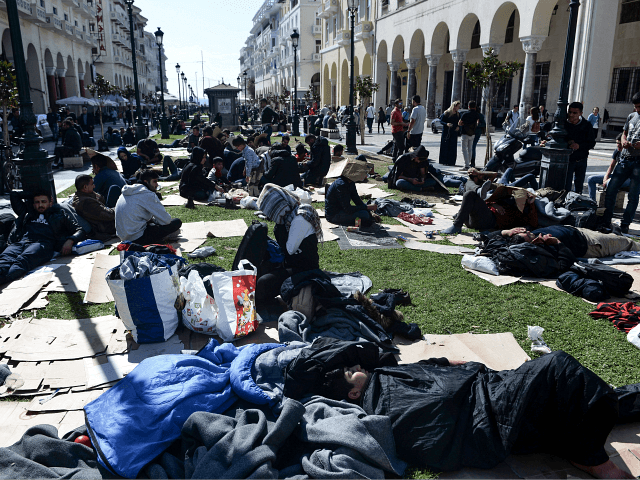 Police nabbed the suspects, 23 and 26, on Friday as they carried nine migrants from Pakistan and one from Bangladesh, across a river separating Greece and Turkey. The two suspects had just landed their small boat on the Greek side.

Across the river, about 80 migrants were waiting to be transported by the same boat.

Police said Saturday the traffickers were operating out of Turkey and were previously unknown to them.

The Greek-Turkish border is a busy migrant smuggling route. After crossing the river, migrants are packed in cars and vans to be transported to Thessaloniki, Athens, or another country.

Greek police say that a 4-year-old Iraqi boy has been killed and 27 others injured when a van carrying migrants struck a truck while fleeing police in northern Greece.

Police said Saturday that the two traffickers, including the 24-year-old Iraqi driver, were among the injured.

The van, with Bulgarian license plates, failed to stop at a police checkpoint. The driver exited the highway at high speed and collided with a truck late Friday about 80 kilometers (50 miles) east of Thessaloniki. The Greek truck driver wasn’t injured.

The migrants are from Iraq, Somalia and Bangladesh. Five of the injured were minors, two of them seriously.

Smuggling gangs charge high fees to squeeze migrants into small vehicles at the border with Turkey and carry them to Thessaloniki, and accidents are frequent.