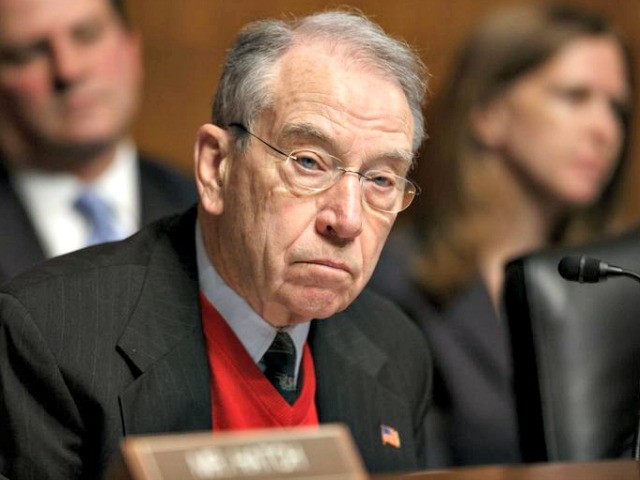 On Wednesday’s “Hugh Hewitt Show,” Senate Judiciary Committee Chairman Chuck Grassley (R-IA) stated that if Republicans don’t keep a majority in Congress, “Trump is done.” He also warned that there will be discussions of impeaching the president or Supreme Court Justice Brett Kavanaugh if Democrats win the House.

Grassley said, “[M]y rallying cry for the next 28 days of this election is, remember Kavanaugh. And I hope that Republicans, and I hope people that want Republicans that voted for Trump realize that if there’s [not] a Republican majority in the House of Representatives, not only will there be talk of impeachment of Kavanaugh or the president, but even if there isn’t talk of impeachment, effectively the program of the president’s going to come to a halt. He’ll have a two year Trump presidency. The last two years will be status quo. And unless he’s reelected, that’s the end of it. So, if you liked the victory of 2016, get behind Trump and vote for a Republican congressman. Keep a Republican majority in the Congress. Otherwise, Trump is done.”