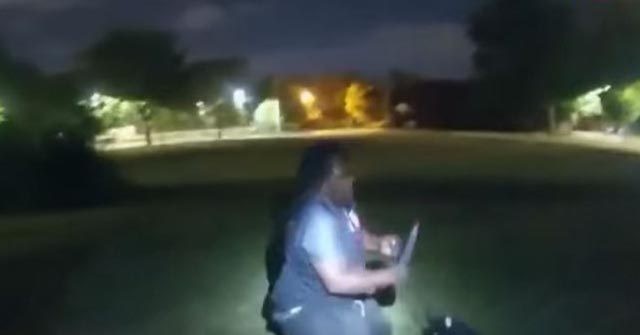 Video released from a September 5, 2020, encounter in Chicago, Illinois, shows a suspect allegedly stabbing a police officer with a butcher knife before being shot dead by other officers.

The Chicago Sun-Times reported that police converged on the suspect, 34-year-old Shaon Jermy Ochea Warner, at Vittum Park following an early morning report of a stabbing.

Officers ordered Warner to drop the knife, but he allegedly refused. A female officer then tased Warner, and he fell to the ground only to get back up.

Warner then allegedly charged the female police sergeant and stabbed at her with a butcher knife.

ABC 7 reported that “Warner appears to thrust the knife towards the sergeant’s abdomen, and the officers fire multiple shots at him.” Warner then fell again to the ground and was pronounced dead at the scene.

The Civilian Office of Police Accountability (COPA) is investigating the officer’s response to Warner. COPA says the “investigation into the officer’s actions, including use of deadly force, is in its early stages and will determine if the actions of the officers are in accordance with Department policy and training.”