REYNOSA, Tamaulipas – Local shootouts between rival factions of the Gulf Cartel in recent weeks have not left bodies behind at their scenes. Gunmen are increasingly removing corpses and disposing them in makeshift graves. 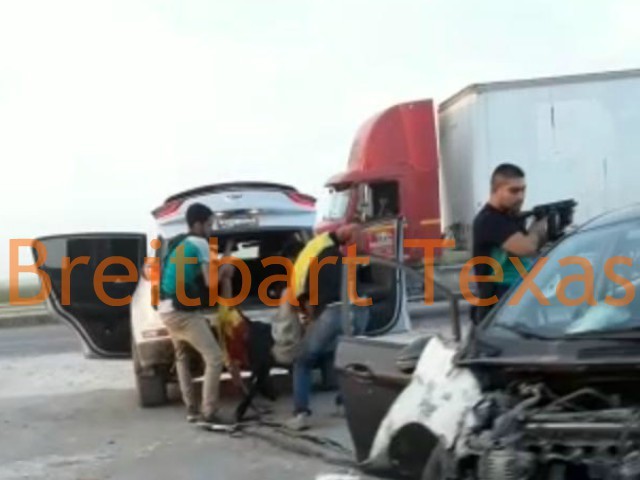 During a recent shootout last week in the eastern side of Reynosa, not far from an international port of entry, gunmen clashed and at least two members of Los Metros faction died. Tamaulipas state authorities did not take part in the initial shootout, by the time authorities arrived. Investigators found wrecked vehicles and traces of blood but no bodies. 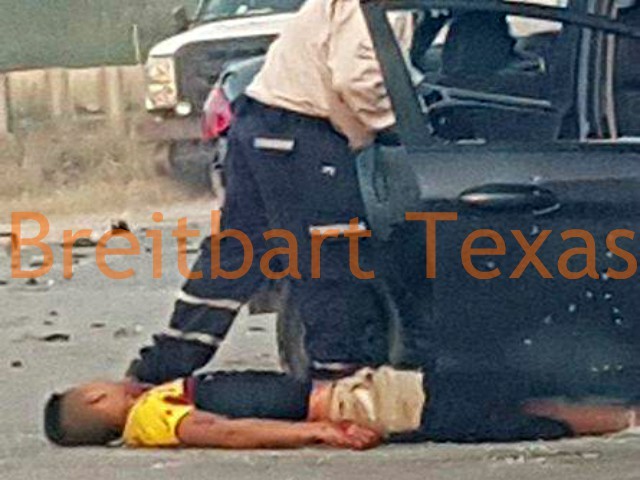 Breitbart Texas was able to obtain photographs from citizen journalists that captured the moment when Gulf Cartel gunmen arrived at the scene to collect bodies.

The photographs show cartel members dragging the body of one of their fallen gunmen to a nearby vehicle. They then placed the gunman inside the trunk and fled the scene. 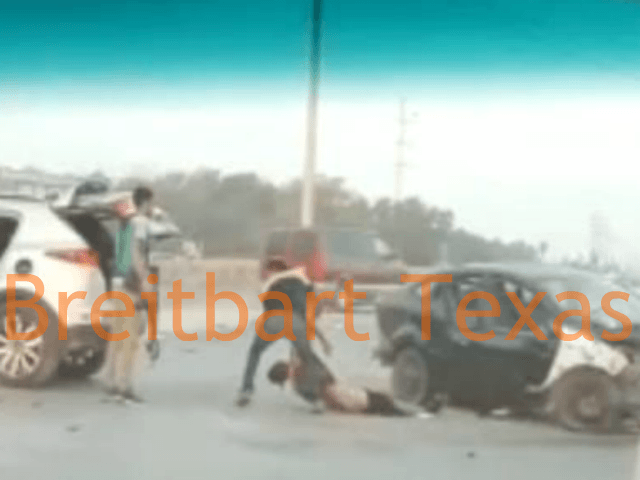 The vehicle was previously linked to multiple carjackings in the local area.

For several weeks, gunmen from the Matamoros factions (Escorpiones and Ciclones) of the Gulf Cartel have been using Rio Bravo as a launchpad to carry out incursions into Reynosa–only to fall back before authorities arrive. This strategy led to shootouts in eastern Reynosa and industrial parks.

Editor’s Note: Breitbart Texas traveled to the Mexican States of Tamaulipas, Coahuila, and Nuevo León to recruit citizen journalists willing to risk their lives and expose the cartels silencing their communities.  The writers would face certain death at the hands of the various cartels that operate in those areas including the Gulf Cartel and Los Zetas if a pseudonym were not used. Breitbart Texas’ Cartel Chronicles are published in both English and in their original Spanish. This article was written by “J.C. Sanchez” from Tamaulipas.