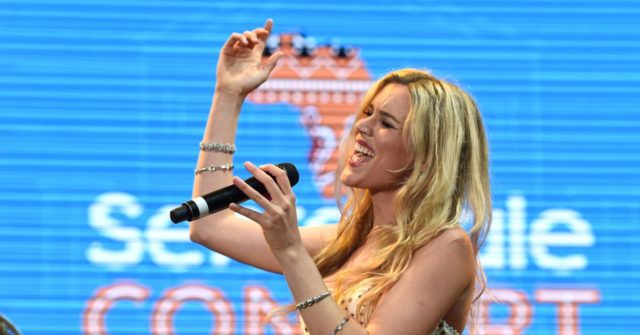 (AFP) British singer Joss Stone said she was “gutted” after being deported from Iran ahead of the latest leg of a world tour that has already taken her to Syria and North Korea.

She was held shortly after arriving at Kish airport, according to a post on her Instagram account, as authorities suspected she was planning to play a public gig.

Women have been banned from singing solo in public in Iran since the Islamic revolution of 1979.

“We were aware there couldn?t be a public concert as I am a woman and that is illegal in this country,” she wrote, without specifying where or how she had hoped to play.

“So close yet so far, this moment broke a little piece of my heart,” she wrote it the post, below a picture of herself wearing a headscarf.

The gig in Kish would have been the 200th of the “Total World Tour” she embarked on five years ago, she wrote in another post before departing for Kish.

That tour is an ambitious project to perform in every country on Earth and has seen her play in war-torn Libya, South Sudan as well as an “unofficial” gig in the capital of North Korea.

However she described the Iranian immigration officials as “genuinely nice kind people that felt bad that they couldn?t override the system,” and that they had refused her entry “with a heavy heart”.