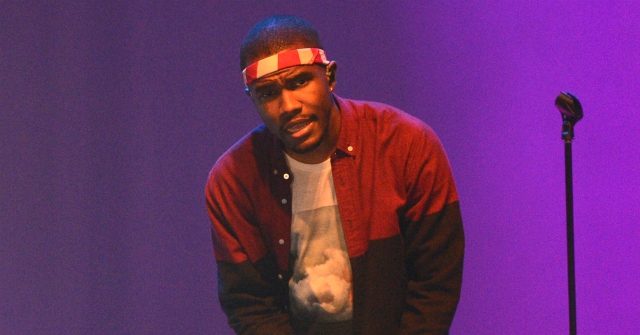 “Debates are on. It all feels fake. The problem’s that it’s not. Donald [Trump] is president and might not leave the White House even if he loses the race so some say,” Frank Ocean wrote on Instagram. “Pls vote. Watching him dragged out will be way more entertaining than these debates. If you’re not registered swipe up to BLONDED.CO the form just takes 2 minutes to fill out. Goodnight.”

The “Thinkin Bout You” singer has engaged in registration activities before. In 2018, Ocean gave fans free merchandise in Atlanta, Miami, Houston and Dallas if they could prove that they had registered to vote.

And Ocean has blasted Trump in the past as well. Ocean slammed then-candidate Trump in the wake of the Islamic terror attacks in Paris, where Muslim radicals butchered 90 people at a concert in November 2015. Ocean accused Trump of giving his “NRA-loving constituency a hand job.”

“On the real though, Donald Trump, how is it ‘interesting’ that these shootings happened in a country that’s tough on guns? Tell us, Don?” Ocean said, in response to Trump’s tweet about the terror attack. “Because it sounds like that vacuous observation was about giving your NRA-loving constituency a hand-job and spinning a tragedy for political gain. And I’m thinking maybe using a situation where dozens of innocents have just been murdered in the streets isn’t the best time, no?”

Of course, Ocean is just the latest in a long list of celebrities lining up to push President Trump out of office ahead of the election. A list that includes, Michael Keaton, Mark Ruffalo, Amy Schumer, Julia Louis-Dreyfus, Judd Apatow, Pink, among many others.