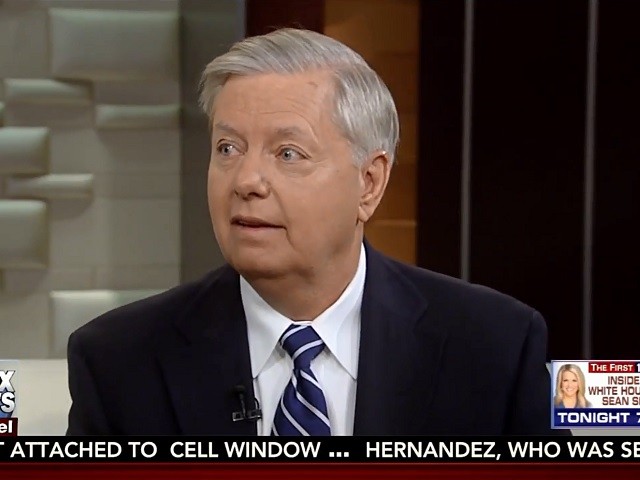 Graham said, “President Trump went through a factual rendition something I don’t particularly like. I would tell him knock it off. It can be worse. You can kill somebody’s cat and puncture out their tires to get them to shut up.”

When the interviewer didn’t understand his comments, Graham said, “You don’t remember Kathleen Willey or Juanita Broaddrick. I do.”

Graham said, “The point is we have come a long way. Wait a minute, whether you like it or not I really don’t care. I have seen what happened to these women in 1998 that came forward. I don’t like what the president said last night. I’m the first person to say, I want to hear from Dr. Ford. I thought she was handled respectfully. I thought Kavanaugh was treated like crap.”

As the audience booed, Graham said, “Well, boo yourself.”