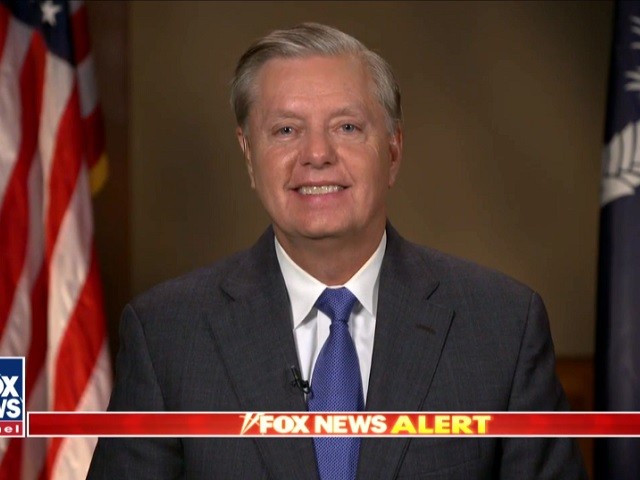 He applauded his colleague Sen. Susan Collins (R-ME) for her stance and vote in Saturday’s confirmation. He also criticized another colleague, Sen. Mazie Hirono (D-HI), for her outspokenness against critics of how Kavanaugh was being portrayed during the confirmation process.

HANNITY: I see in people a level of energy and enthusiasm and just raw “we’re not going to put up with this.” That I think it’s ignited across the country. I don’t know the impact it will have on the country in 29 days. But considering this we see every two, four years — every confirmation these tactics. We can’t reward this behavior because we’ll just get a lot more of it.

GRAHAM: I think that’s what Susan was understanding is that if she legitimizes this process, od helps the next person nominated for the Supreme Court. If we legitimize this process, the rule of law gave way to the mob rule. The “Hirono standard” is horrific. What was insulting is the way that the senator from Hawaii took everything we hold near and dear to us —

HANNITY: She said men should shut up and sit down. Shut up, senator. That goes for me too.

GRAHAM: Thank you. I appreciate it. Thank you very much. It’s probably right half the time. But the people of South Carolina gave me my voice and not the senator from Hawaii. And I chose to use it in a fashion that I thought. I said what a lot of people were thinking. Senator Collins gave the best explanation why a reasonable person would vote for Judge Kavanaugh. We will take this to the ballot box 29 days now from. You have got a decision to make America. Do you want to live in a world of Senator Hirono where you are guilty until proven innocent because you are a Republican, you don’t have a presumption of innocence? Or do you want to live in the Susan Collins world where you are heard, listened to and evaluated?