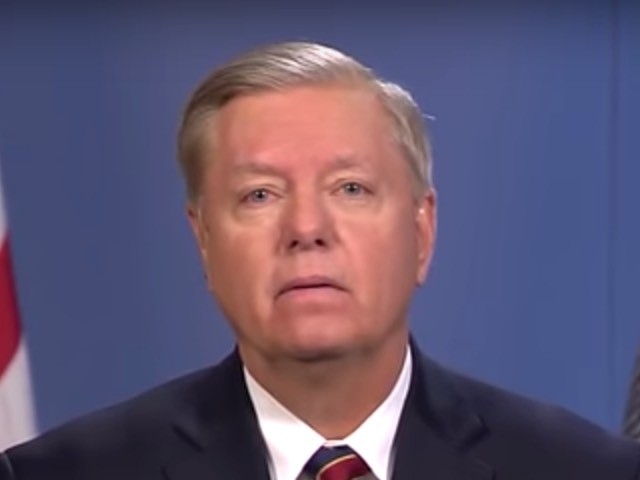 Margaret Brennan asked Graham, “[A]re you going to ask [Whitaker] to recuse himself and is Matthew Whitaker’s appointment constitutional?”

“I think he was appropriately appointed legally,” Graham responded. “I don’t think he has to recuse himself. I am confident the Mueller investigation will be allowed to come to a good, solid conclusion, that there’ll be no political influence put on [FBI special counsel Robert Mueller] by Mr. Whitaker to do anything other than Mr. Mueller’s job.”

Brennan noted Whitaker’s previous criticisms of Mueller and his investigation and asked Graham what suggests Whitaker can remain “impartial.”

“Well, you don’t recuse somebody because they have opinions different than the people they’re overseeing. … The bottom line here is that Mr. Mueller will be allowed to do his job without political interference by Mr. Whitaker.”