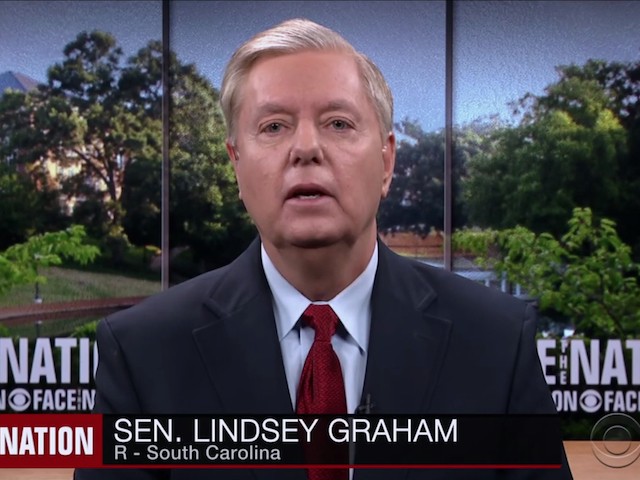 Sunday on CBS’s “Face the Nation,” Sen. Lindsey Graham (R-SC) said President Donald Trump can’t negotiate on the government shutdown over funding a border wall “as long as the radical left is in charge.”

Graham said, We’re having to negotiate with people who want to abolish ICE, not support ICE. We’re having to negotiate with people who see border patrol agents gassing children, rather than defending our borders as professional law enforcement officers. We’re negotiating with people who give us $1 for wall even though it’s immoral and accuse all of us who support a wall as part of border security as racist. As long as radical left is in charge we’re never going to get anywhere. the president will compromise, though he will not capitulate, that’s where we’re at.”

He continued, “I’m not going to negotiate with somebody who calls the border patrol agents a bunch of Nazis go when they’re trying to defend the border against the mobs.”

He added, I think we’ll have offers on the table when we find somebody that is not crazy to deal with. We’re not going to put any offers on the table as long as people in charge of these negotiations accuse all of because want a wall of being a racist and see our border patrol agents as gassing children. Until you get that crowd put to the sideline I don’t see anything happening.”