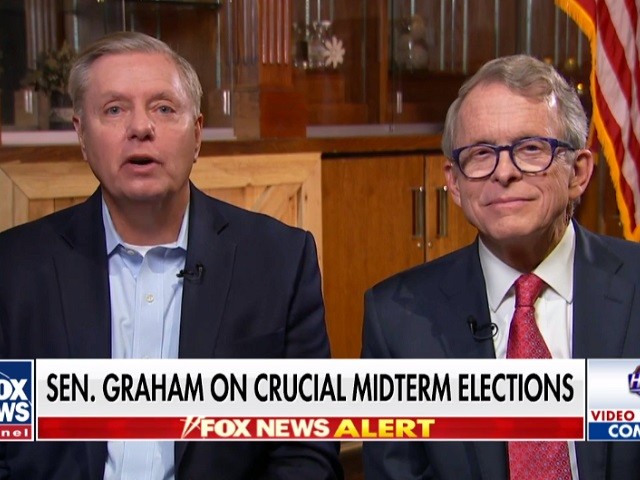 In an appearance with Ohio Attorney General Mike DeWine, the Buckeye State’s Republican gubernatorial nominee, Sen. Lindsey Graham (R-SC) argued the Brett Kavanaugh confirmation fight and the migrant caravan headed to the U.S.-Mexico border have rallied the GOP to unite as the midterm elections approach.

Graham also said that while this unification has occurred, it has put red-state Democrats on the defense.

“All the Kavanaugh and the caravan — I mean, if you’re Republican and you’re not excited about voting, you’re legally dead,” Graham said. “Kavanaugh was an assault on everything we hold near and dear. Why is it always our judges? This has been a nightmare for red-state Trump Democrats between the Kavanaugh debacle, despicable character assassination and a caravan trying to overrun our borders. This has been a nightmare for red0state Democrats, and it has unified Republicans, again, whether you are a Bush Republican, Trump Republican, vegetarian Republican, you were upset about what they were doing to Brett Kavanaugh. They tried to destroy this man’s life to hold open the seat so they could fill it. They do not recognize President Trump won the election and he chose a qualified person. And it is resonating all over this country. It has united Republicans, and it has put Democrats on the defensive.”