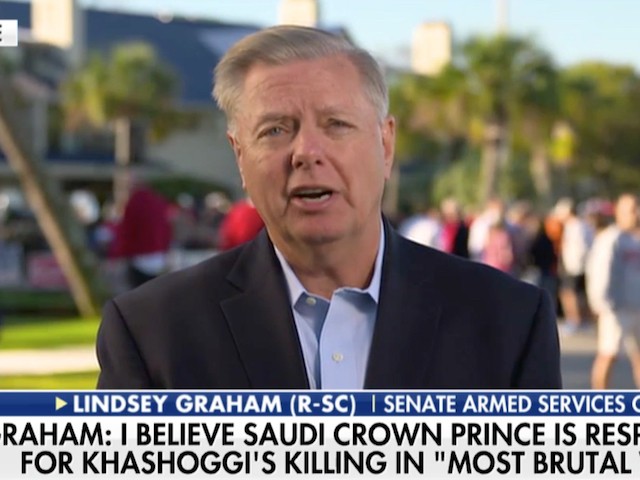 Graham said, “I think people are going to be voting on the mob rule of the Democratic Party. If you elect Democrats to run the House, you know exactly what you’re going to get. They’re going to try and impeach the president and impeach Kavanaugh. They don’t care about your wallet — they just want to get in your wallet.”

He continued, “Kavanaugh to me, was a despicable episode in the history of the Senate. These [migrant] caravans will never be stopped by Nancy Pelosi. And when it comes to standing up to the world, you need a strong leader like President Trump.”

He added, “I’m going to let everybody in these states know what happens if you put the Democratic Party in charge of this country. You’re rewarding mob rule. You’re undercutting the rule of law. Don’t give these people power. The best thing you can do to make sure Kavanaugh never happens again is punish them for what they were willing to do to this good man. I’m going to take this on the road. Two weeks from Tuesday, we can decide what kind of country you want to be. Do you want to be the country of people who run you up and down the halls and spit on you? Or do you want to be a country of Republicans who can actually deliver for working families out there? Nancy Pelosi will welcome the caravans here. Donald Trump and the rest of us will stop them.”