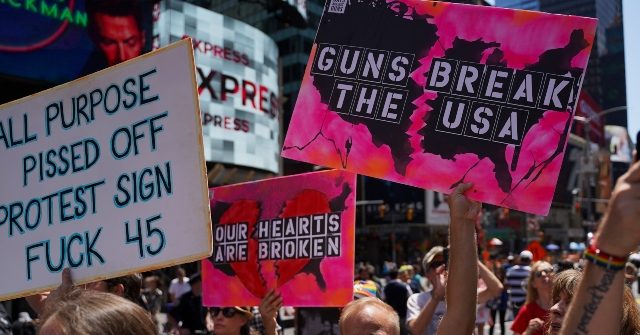 “I don’t like… any type of law that could restrict someone’s Second Amendment right,” Allen stated. “We have to decide as the American people whether we are a constitutionally-based people or an emotionally-based people. We can’t have it both ways. Sometimes the Constitution does not reflect your emotions, and that’s something people need to come to grips with.”

LISTEN:
Criteria for determinations of a person being a danger to themselves or others — in accordance with proposed “red flag laws” — to restrict a person’s Second Amendment rights without due process will be exploited by politicians to disarm Americans, claimed Allen.

Allen highlighted Ret. Navy SEAL Robert O’Neill’s tweet regarding left-wing framing of the AR-15 as a “weapon of war”:

The Second Amendment provides an option to resist a tyrannical government, concluded Allen.

“If the time ever came that the government or whoever is leading us and in charge no longer has the will of the people in mind and in heart, that is the purpose of the Second Amendment,” Allen declared. “If we ever give our freedoms away, I promise we will never get them back.”