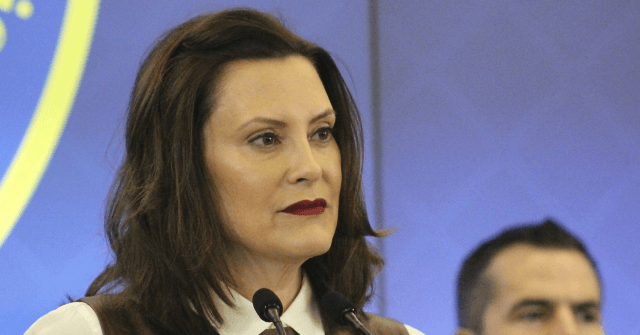 The order was slated to expire next week, on Thursday, May 28, but Whitmer warned residents that they are “not out of the woods yet,” citing the possibility of a second wave of the coronavirus.

“If we’re going to lower the chance of a second wave and continue to protect our neighbors and loved ones from the spread of this virus, we must continue to do our part by staying safer at home,” she said, according to the Detroit Free Press:

“All of us know the importance of getting people back to work and the economy moving again,” Whitmer, who has faced a wave of scrutiny over her lockdown orders, said.

“But the worst thing we can do is open up in a way that causes a second wave of infections and death, puts health care workers at further risk, and wipes out all the progress we’ve made,” she added.

Michiganders gathered at the Michigan capitol lawn on Wednesday for “Operation Haircut” as part of a greater effort to “demonstrate the insanity still rampant in Lansing.”

“Michigan needs to be reopened now to end the reign of Michigan’s power hungry bureaucrats. We are suffering from a #Whitmerdepression,” MCC co-founder Marian Sheridan said.

Whitmer’s administration took a blow this week after a judge ruled that Karl Manke — a 77-year-old barber in Owosso, Michigan, who had his license suspended without a hearing — did not have to close his shop.

“(The attorney general’s) filings rest more on general facts about COVID-19 than specific practices or conditions at (Manke’s) business.”

Nessel’s office said she would appeal the ruling.

Whitmer has come under criticism for her heavy-handed approach to the coronavirus pandemic, initially issuing far-reaching lockdown orders that even barred neighbors from visiting each other.