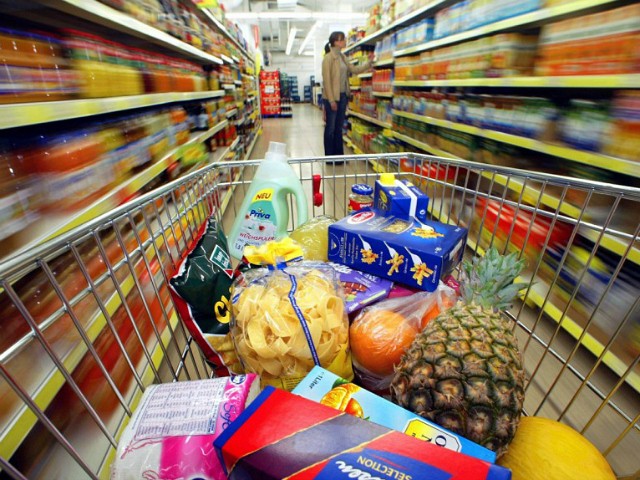 President Donald Trump directed agencies to ensure government food benefits will be dispensed in February despite a partial government shutdown.

Congress has failed to pass a funding bill that secures the border, but President Trump has secured the nutrition low-income Americans need, according to a release from the U.S. Department of Agriculture (USDA).

“At President Trump’s direction, we have been working with the Administration on this solution. It works and is legally sound,” Agriculture Secretary Sonny Perdue said Tuesday. “We want to assure states, and SNAP recipients, that the benefits for February will be provided.”

USDA funding expired on December 21, 2018, as no funding bill made it through both Houses of Congress to keep a portion of the federal government open.

At the president’s direction, the Office of Management and Budget has been working with agencies like USDA to find funding for prioritized programs like SNAP.

The Trump administration has developed a strategy under the law to keep government nutrition programs providing services through February. Part of this solution involves directing states to submit a request for early issuance instead of operating under the regular monthly submission process. States must make their request by January 20, as this is within the 30-day provision allowed for the government food programs under the continuing resolution.

Early issuance has been used in disaster situations such as impending hurricanes to issue these benefits ahead of a potential disaster in preparation. Secretary Perdue and Brandon Lipps, acting deputy under secretary of Food, Nutrition, and Consumer Services (FNS), confirmed on a Tuesday conference call that this is being done without dipping into the $3 billion contingency fund.

When asked what happens if the shutdown extends into March, Secretary Perdue urged that Congress fund border security as part of a bill to reopen the federal government. He pressed that the temporary solution to funding nutrition programs through February gives Congress ample time to act.

Under the determined solution, those covered under SNAP will receive their benefits as usual without disruption. The USDA has ensured that other major nutrition assistance programs will have the necessary funding to proceed through February without interruptions.

“SNAP monthly issuance for February is estimated to be approximately $4.8 billion and State administrative expense (SAE) is estimated at about $350 million for a total need of approximately $5.1 billion,” according to a USDA release. The process does require careful coordination between the agency and states.

“The Special Supplemental Nutrition Program for Women, Infants, and Children (WIC) has prior year funding which USDA will begin to provide states this week to facilitate February benefits,” according to the USDA. “Other FNS programs, which provide critical assistance to our nation’s food banks, the elderly, and Tribal nations, may continue to utilize grant funding provided prior to the lapse in appropriations. Commodity deliveries to those programs will continue.”