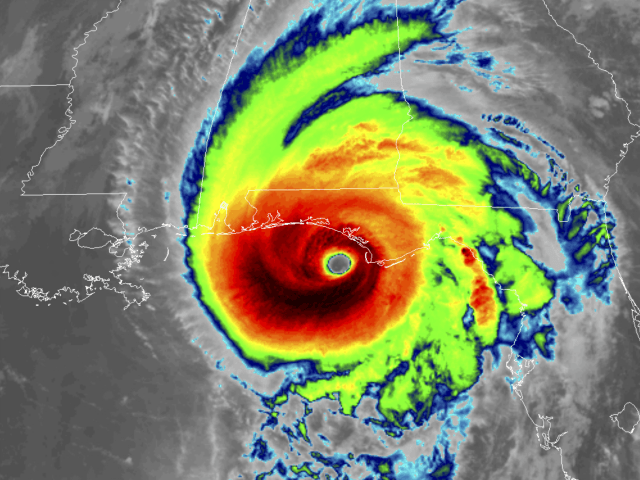 Florida Gov. Rick Scott on Wednesday warned Hurricane Michael is the “worst storm” that the Florida Panhandle has seen in 100 years.

Gaining fury with every passing hour, Hurricane Michael closed in on the Florida shoreline with potentially catastrophic winds of 150 mph, the most powerful storm on record to menace the stretch of fishing towns, military bases and spring-break beaches.

Landfall of #HurricaneMichael is imminent. THIS IS A WORST CASE SCENARIO for the Florida Panhandle!! Listen to your local emergency officials. Stay Inside & Survive!” –NWS Director Dr. Louis Uccellini @NWSDirector pic.twitter.com/EMSZbMaHwW

“This is the worst storm that our Florida Panhandle has seen in a century,” Scott told reporters. “Hurricane Michael is upon us, and now is the time to seek refuge.”

Earlier, the Flordia governor tweeted: “The time for evacuating along the coast has come and gone. First responders will not be able to come out in the middle of the storm. If you chose to stay in an evacuation zone, you must SEEK REFUGE IMMEDIATELY.”

The time for evacuating along the coast has come and gone. First responders will not be able to come out in the middle of the storm. If you chose to stay in an evacuation zone, you must SEEK REFUGE IMMEDIATELY.

With more than 375,000 people up and down the Gulf Coast warned to evacuate, the hurricane’s leading edge began lashing the white-sand shoreline with tropical storm-force winds, rain and rising seas before daybreak, hours before Michael’s center was expected to blow ashore.

The supercharged brute quickly sprang from a weekend tropical depression, reaching a furious Category 4 early Wednesday as it drew energy from the Gulf of Mexico’s warm waters, an unseasonably high 84 degrees. Less than a day earlier, Michael was a Category 2.

As of 12:00 noon EDT, Michael was centered about 50 miles south of Panama City, its winds at 150 mph. It was moving at 14 mph. Further, Hurricane-force winds extended up to 45 miles from its center.

Rainfall could reach up to a foot, and the life-threatening storm surge could swell to 14 feet.

The storm appeared to be so powerful that it is expected to remain a hurricane as it moves over Georgia early Thursday. Forecasters said it will unleash damaging wind and rain all the way into the Carolinas, still recovering from Hurricane Florence’s epic flooding.