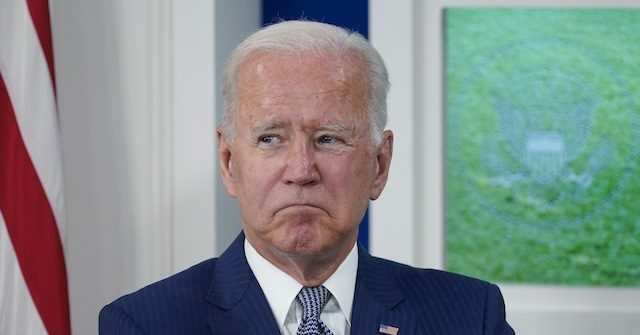 McCormick, CEO of hedge fund Bridgewater Associates, will be competing in the Republican primary to replace retiring Sen. Pat Toomey and will air the ad in Pennsylvania markets.

The 30-second commercial points out the president’s various failures, from crippling inflation to the Afghanistan pullout.

“This is much bigger than Brandon,” the message reads at the end.

“The issues we are facing are so much bigger than ‘Brandon,’” McCormick told Fox News. “The frustration and anger we are feeling toward the failures of our current leadership in Washington is what motivated me to run.”

“Whether it’s not being able to afford gas or groceries because of record-high inflation, rampant crime in our cities, a dramatic spike in the trafficking of fentanyl and human exploitation across open borders, or the disgraceful lack of accountability for the death of 13 young service members in Afghanistan – these problems were self-inflicted by Joe Biden and the extreme policies of the left,” he added.

According to the New York Post, the race to replace Toomey is “expected to be one of the most expensive in the 2022 midterms, as Republicans and Democrats attempt to win in the swing state that Biden carried in 2020 but Trump took in 2016.”

Prior to running, McCormick stepped down from his role as CEO of Bridgewater and faced criticism for “laying off 50 Pittsburgh workers in 2003 and shipping their jobs overseas.”