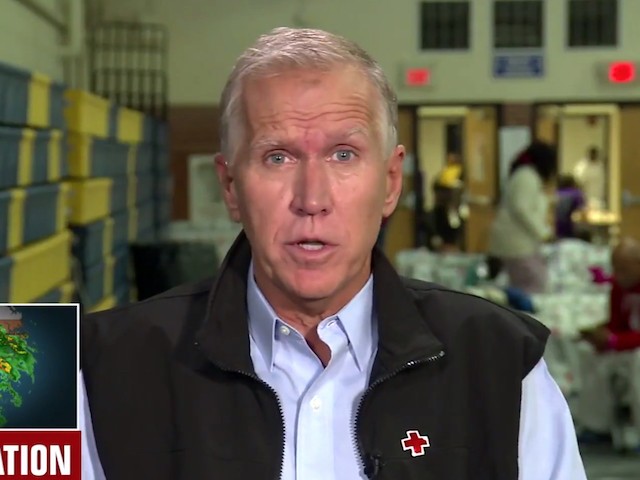 JOHN DICKERSON: Senator when you get back to Washington you got a vote on Tuesday and the Judiciary Committee which you sit on. There’s been some information about sexual misconduct allegations against Brett Kavanaugh the president’s nominee. Have you looked at the letter that is now a part of his file? It’s a it’s. Have you looked at that.

THOM TILLIS: I haven’t seen the letter. As a matter of fact, I believe that the member that first received the letter was as late as July. And quite honestly I’m shocked that the matter didn’t come up in the nearly 32 hours of testimony that Judge Kavanaugh was before as in the open session or the nearly hour hour and a half session that we had in a closed session. That information never came up. So when we get back to Washington this week we’ll take a look at it but it really raises a question in my mind about, if this was material to the confirmation process, why on Earth, over the past four to six weeks, hasn’t it been discussed among the committee members?

DICKERSON: That’s right and we should make it quite clear this is something he’s denied categorically. This is something that allegedly happened much more than 30 years ago. But now that it is in the mix, is your is your feeling that this is a ploy of some kind or that this is while it is so long ago sufficient sufficiently important to look at look seriously and put into your calculation and others as they make their vote.

TILLIS: Well I’ve I’ve spent most of my time focused on Hurricane Florence, but the questions that we will ask and seek answers to next week are, “why sit on it for weeks?” We understand that the person who wrote the letter is not willing to come forward. So we have a confidential witness not willing to sit down at least in a closed setting that’s problematic to me. And as you said Judge Kavanaugh has categorically denied the allegations and I put some weight on that.

DICKERSON: Very quickly Senator you think he’ll be confirmed by the Senate?

TILLIS: -I think that we’ll move forward to report about the committee and confirm him before October.