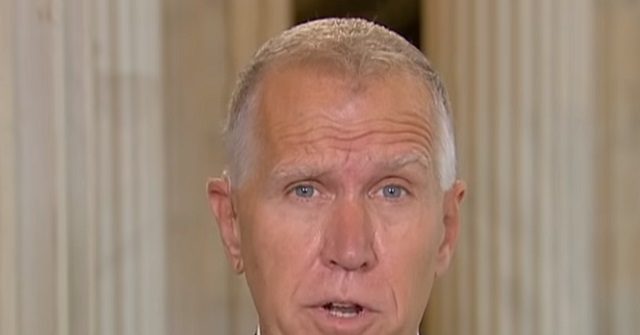 Tuesday on Fox News Channel’s “America’s Newsroom,” Sen. Thom Tillis (R-NC) said he approved of President Donald Trump’s tactic of levying a 5% tariff on Mexico until there was a noticeable improvement on lowering the influx of illegal immigrants into the United States through the U.S.-Mexico border.

Tillis said if Mexico secured its southern border, 80% of the influx from the southern border would be eliminated. Therefore, he said Trump was right to use every device at his disposal.

“The president is trying to get done in a couple of years what administrations, both Democrat and Republican administrations failed to do over the past couple of decades,” Tillis said. “He’s using a lot of devices that were considered taboo in the past. I’m a free trader, but I do think we have to make it very clear: When you take advantage of our open economy, when you steal our intellectual property, when you don’t cooperate with us on things that are also important — like securing the border — then the president has to have those tools available to come to a good solution for the American people and our trading partners.”