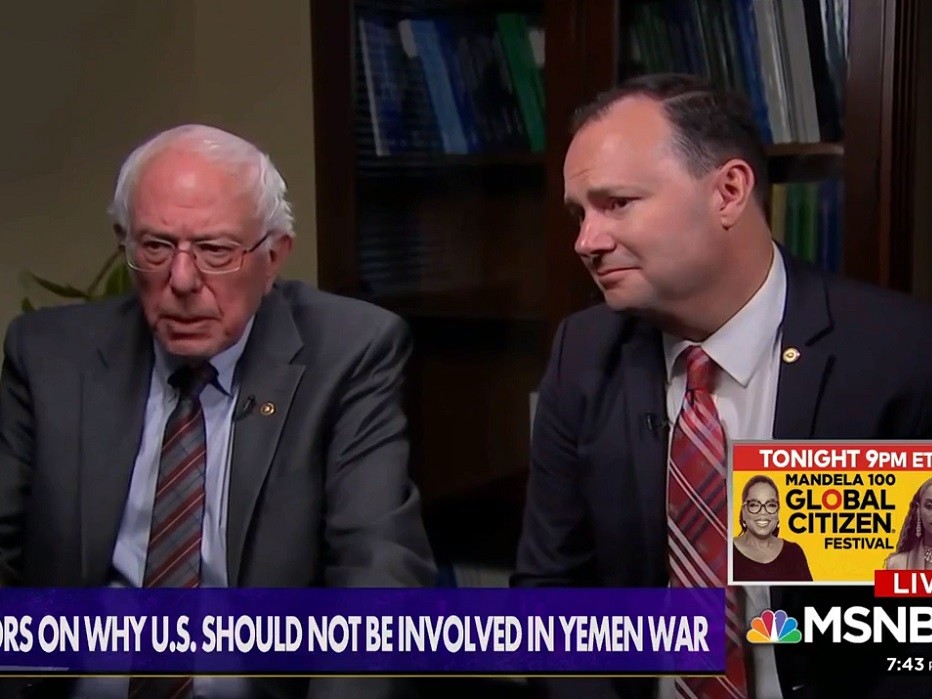 In a sit-down interview alongside Sen. Bernie Sanders (I-VT), Sen. Mike Lee (R-UT) told Kasie Hunt of MSNBC’s “Kasie DC” that he is “feeling the Bern” in regards to the failed 2016 Democratic presidential candidate advocating for the United States to get out of the war in Yemen.

In the interview, which aired Sunday, Sanders called the war “a horrific humanitarian disaster,” arguing the United States’ involvement is “unconstitutional.”

“The Constitution is very clear. It is the Congress that has war-making powers, not the president of the United States,” Sanders told Hunt. “This war is unauthorized and, in my view, unconstitutional.”

Hunt asked Lee for comment, and he replied, “I’m feeling the Bern. I completely agree with what he’s saying.”