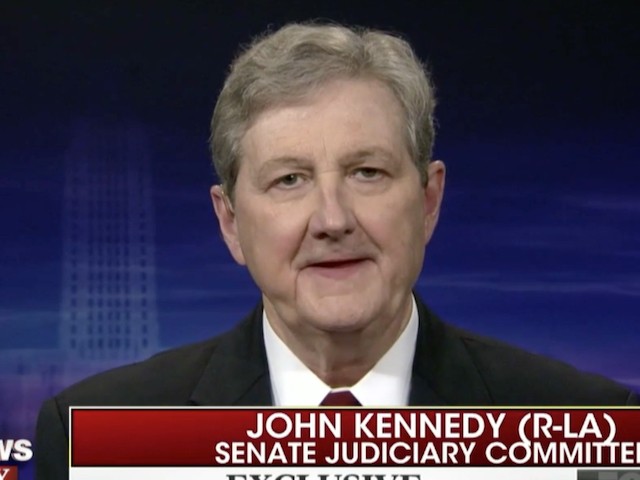 Kennedy said, “I’m fairly confident that our Founding Fathers did not intend the process to work this way. So far it’s pretty much been an intergalactic freak show. Senator Grassley, our chairman, did the best he could at the hearing. Senators kept interrupting him. They ignored the rules. We had over 240 protesters who stood up screaming. The only thing missing I think was the genitalia-shaped headgear.”

He continued, “There were wild accusations about Kavanaugh that he’s evil and hates women, he hates children, he hates little warm puppies. And now we have this recent allegation by Senator Feinstein. Here’s what we know. She’s produced a letter, it’s a secret letter, and we are not entitled to see it or know who wrote it. It supposedly was put together with the help of Stanford law school.”

He added, “They’ve had this stuff for three months. If they were serious about it, they should’ve told us about it.”