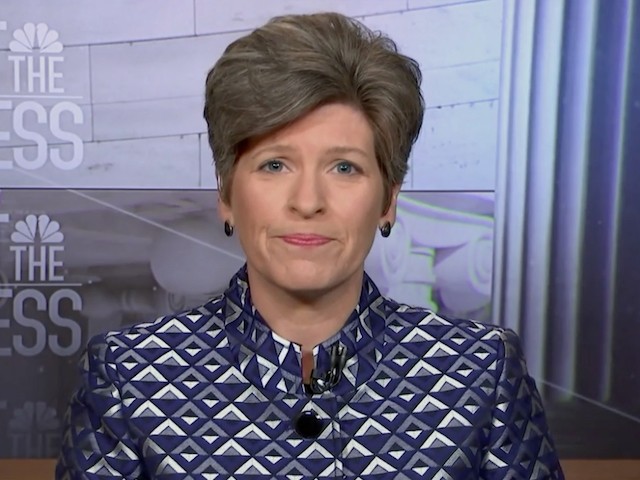 Wednesday on the Hugh Hewitt’s nationally syndicated radio show, Sen. Joni Ernst (R-IA) voiced her agreement with Sen. Lindsey Graham’s (R-SC) assessment that red-state Democratic senators are “toast” if they do not vote to confirm Judge Brett Kavanaugh to the Supreme Court.

“I absolutely agree with Senator Graham,” Ernst told Hewitt. “And Lindsey has been a hero through this process. He clearly sees what is going on. He has been able to demonstrate that in clear, concise language for everyone, which we all appreciate. But I do believe that those Democrats that are in red states, those that are up this year, they are going to have a very, very difficult time. If they do not support Judge Kavanaugh, you know, if they are willing to stand up and say it’s okay to be torn down and accused of horrendous actions and get away with that, I think they’re gone.”