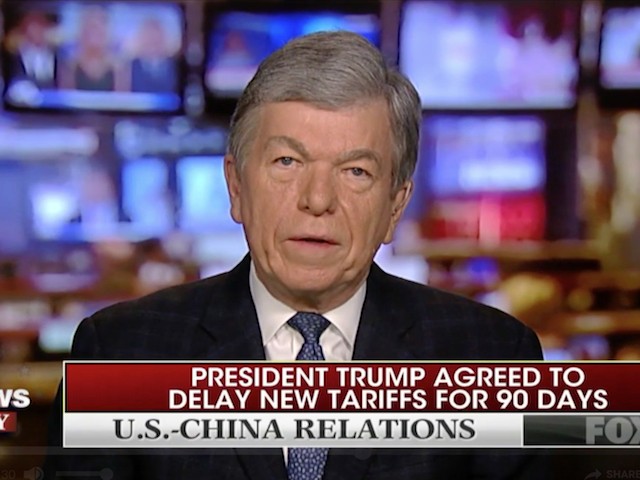 Blunt said, “People like me who’ve really been concerned about the president’s stated trade policy can take some encouragement about what happened in the last couple of days. The signing of the U.S.-Canada-Mexico trade agreement, that’s a big step that six months ago or even just a few weeks ago we were concerned we would not be making that kind of progress.”

He continued, “And on the Chinese front you are exactly right, but we need more specifics here. The ag products that come from my state that come from the middle of the country, I think the soybean exports to China have gone to virtually zero from about one out of every three rows of Missouri soybeans were being exported to China. So whether it’s those kinds of crops or pork or beef or chicken, we need to see some real specific figures here. This has hurt a lot of Missouri farm families and farm families all over the country, but the president’s goal to get China in a better and fairer place on trade is the right goal.”

On trade poly consequences, Blunt added, “I am concerned about that. The president knows that. He’s been very open to talking with me about it, but I think it’s hard to win a trade war.”