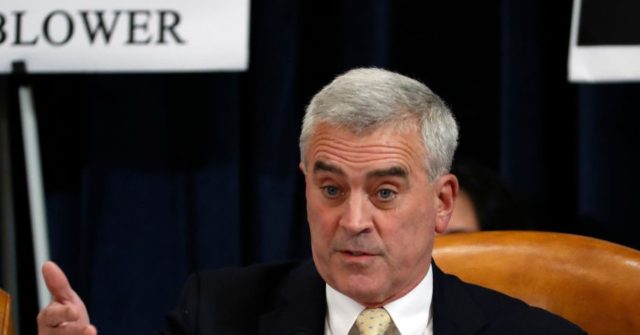 On Tuesday’s broadcast of the Fox News Channel’s “America Reports,” Rep. Brad Wenstrup (R-OH) said that he thinks the Olympics is going to be one of the “biggest intelligence-gathering gold mines” China could hope for and that “in many ways, we are at war, maybe a cyberwar” with China.

Wenstrup said, “I’m glad to hear Christopher Wray as the FBI Director coming out and speaking to America. Hopefully, people understand the threat that China actually is. We’ve known this for several years, and they are getting more brazen, more egregious. They will hack. They’re involved in our universities. They steal our intellectual property. They try to engage with politicians. And the Olympics is just a stage for them to enhance in propaganda and also, I believe, it’s going to be one of their biggest intelligence-gathering gold mines that they could ever hope for on an international level. And that’s why we sent a letter to the Olympic Committee and it’s like, not only talk about perhaps telling people to bring a separate phone, a burner phone, we should be providing them with all the warnings, firewalls that we possibly can, be careful to even email to anyone.”

He later added, “I mean, let’s face it, in many ways, we are at war, maybe a cyberwar. It’s not one if by land and two if by sea, and then we go to the air, but this is cyber warfare and they would try to use it whenever they feel that they may be being deterred and also use it to push out propaganda and deny other people the right to free speech. There can be a lot of different ways that they try and do it, and I’m sure they’ve thought of many of them.”