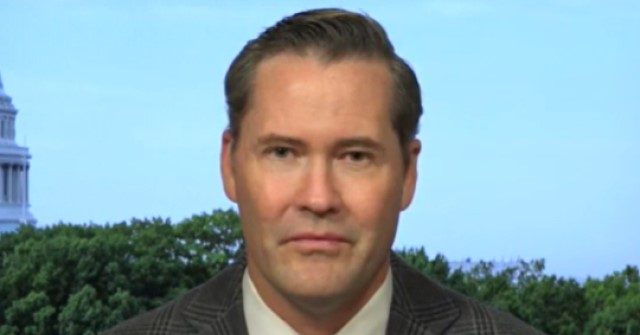 On Monday’s broadcast of the Fox News Channel’s “Special Report,” House Armed Services Committee member Michael Waltz (R-FL) stated that if Russia has put bounties on American troops, Russia should pay, and it’s possible to “get to the bottom of whether this is true and take real action, but also question whether there is partisan politics behind this.” Waltz also stated that “this really smacks of partisan talking points,” and the media’s reporting is “really ignorant of how intelligence often works.”

Waltz said, “We’ve known, for years, that the Russians have been supporting the Taliban through arms, through weapons, through other means. We’ve also known, for that matter, that the Iranians have been supporting the Taliban with cash, with training, with equipment. So have the Pakistanis. So, to me, this really smacks of partisan talking points, of hearing Russia and the president and trying to make hay of that in an election year. The other thing, Bret, with the media reporting this the way they are, it’s really ignorant of how intelligence often works. I served in the Bush White House for Vice President Cheney. Before something gets to the president’s desk, there will be a policy process. You have to make sure that something is vetted and verified. Often, intelligence agencies don’t fully agree or want to check themselves, and that’s just proper due diligence on behalf of the president’s national security staff.”

He added, “I think it’s absolutely appropriate that these things are run to ground and you present the president with options beforehand, not just kind of throw this on his desk and then…tell him, we’ll get back to you.”

Waltz further stated, “I think, number one, if it’s true, we absolutely need to run it to ground and there should be consequences for Moscow. Don’t get me wrong, that is absolutely my position, and something we need to get to the bottom of. But at the same time, there are a host of actors supporting and getting involved in Afghanistan against our interests, and one just has to ask, why now? Why are they making such an issue of it right on the heels of running into a national election? … We can get to the bottom of whether this is true and take real action, but also question whether there is partisan politics behind this.”