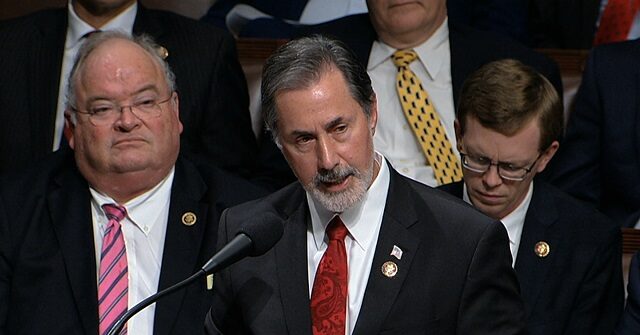 As the situation at the U.S.-Mexico border appears to worsen and Republicans are poised to take back the House of Representatives, there is some speculation about the possibility of impeachment proceedings aimed at President Joe Biden and other Cabinet officials in his administration. According to Rep. Gary Palmer (R-AL), the House Republican Policy Committee chairman, Homeland Security Secretary Alejandro Mayorkas is certainly facing impeachment.

“I will be shocked if Mayorkas is not impeached in the House,” he said. “He won’t be convicted in the Senate because he has failed the most fundamental responsibility officials have in government, and that is to faithfully execute the laws of the United States. And they’re not doing that when it comes to the border.”

“And there’s two kinds of people coming across the border, Jeff,” Palmer continued. “There are people who are coming across because they legitimately want to try to get a better life for their family, and they’re the ones that immediately go to get picked up by the Border Patrol. But those 500,000 who have been reported as got-aways – they’re the drug traffickers, the human traffickers. They may even include terrorists. We know we’ve picked up – I’ve heard anywhere between 66 to 78 known terrorists.”

“They’re the ones that we should be concerned about that I think could be a threat to our national security,” he added. “And they’re already a threat to huge parts of our population in regard to fentanyl overdose deaths and overall drug deaths.”

The Alabama Republican said he expected efforts to impeach Biden but argued time was better spent “lower down the food chain.”

“I anticipate that there will be some article of impeachment introduced on Biden,” Palmer said. “Some people have said that they’ll happen every week. But I think the thing we’ve got to do is we’ve got to look at the people who are carrying out his directives. You start a little bit lower down the food chain to get the real information, the real truth.”