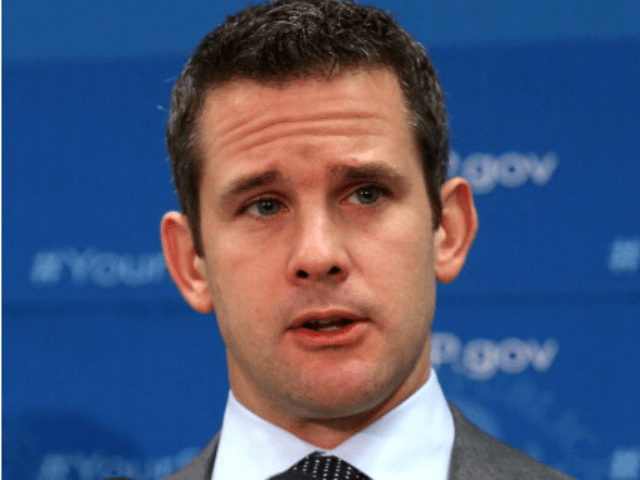 On Monday’s broadcast of CNN’s “Situation Room,” Rep. Adam Kinzinger (R-IL), who was briefed on the intelligence about Russian bounties on U.S. soldiers, said he understands that President Trump “was not briefed” about the matter, but the intelligence might have been in the briefing book that most presidents don’t read all of every day. Kinzinger also said that Trump not being briefed is “not a scandal,” and the decision on whether to brief the president was made “by career people who make the decision on what they want to highlight to the president.”

Kinzinger said, “Everything I understand is that the president was not briefed about this. Now, if it was in his book, that’s one thing. And maybe he didn’t read it, there’s — most presidents don’t read the entire book every day. They rely on intel to brief them.”

Kinzinger added, “I don’t think it shouldn’t have been told to the president. But what I said, and what I meant, if I didn’t quite say it right, is there was conflicting evidence. So, that’s where you have to make a decision, especially on something as big as Russia. Do you want to present the president with the idea that Russia’s put bounties out on U.S. troops if you don’t fully know yet and if there’s conflicting intelligence, or is it better to gather the rest of that? We’re in a gathering phase. And now with this story out there, obviously, I think some of those trails may be wiped up if, in fact, it’s true. And so — but, you know, I think that’s a question for who makes the decisions to brief the president on what. That’s typically a career person. But it’s not a scandal, and the point of the president knew and he didn’t do anything about it, the real issue here though is, if it’s true.”

He further stated that if the bounties exist, “let’s let this come out, and then the president needs to take aggressive action at that point. But you can’t really do it if you don’t know.”

Kinzinger also stated that he “quite possibly” would have briefed the president about the issue, but “I also know what the intelligence was, I know what the conflicts were. Obviously, can’t say them here. And I can tell you, it’s a tough decision that you have to make at that point. Because it’s not just cut and dry. … That was a decision made, not by the president, not by anybody political, by career people who make the decision on what they want to highlight to the president.”