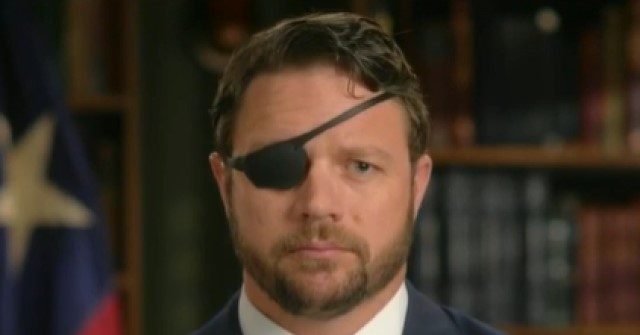 Representative Dan Crenshaw (R-TX) on Wednesday weighed in on the growing calls to defund police departments in response to George Floyd’s death while in Minneapolis police custody.

Crenshaw warned against defunding police departments across the United States, arguing on FNC’s “Fox & Friends” there could not be “a worse way to help the communities of color.”

“Unfortunately, it’s more than an undercurrent, it’s more than just some fringe opinion. It’s happening across major cities,” Crenshaw said of the calls to defund the police. “Bill de Blasio has talked about doing it in New York City, the mayor of Los Angeles has done the same, talking about defunding the police and actually taking action to defund the police. We all know what happened in Minneapolis recently, where a veto-proof majority voted to dismantle and defund the police. So, it’s hard to imagine a worse way to help the communities of color that you’re seeking to help. Fundamentally …  a neighborhood needs safety to thrive. If anybody is going to invest, if anybody is going to have a thriving business, if anybody is going to get a good education, the community needs to be safe. There are … no examples of a community becoming safer with less policing. All of the examples point to the opposite.”

“Now, we need good policing, and there’s smart ways to do that,” he added.