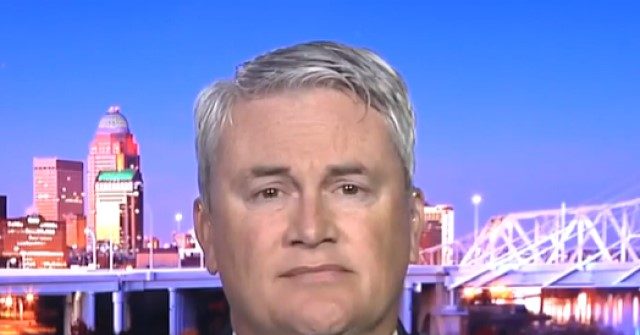 On Monday’s broadcast of the Fox News Channel’s “Fox & Friends First,” House Oversight Committee Ranking Member Rep. James Comer (R-KY) stated that if the situation with 2020 Democratic presidential nominee former Vice President Joe Biden’s son, Hunter, “were a situation with a regular rank and file congressman, they would be before the Ethics Committee, and they would be held accountable.”

Comer said that if Republicans win the majority in the House, “I can promise you, as chairman of the House Oversight Committee, we will issue subpoenas and we’ll get to the bottom of this. In the worst-case scenario, Pelosi stays speaker and the Republicans remain in the minority, we’re not going to let up on this. Because if this were a situation with a regular rank and file congressman, they would be before the Ethics Committee, and they would be held accountable. We cannot let the president of the United States have a potential liability like this, and we can’t let future presidents that have below-average in achievement sons like Hunter Biden be able to profit greatly just because of their last name.”

He added, “There’s no reason in the world that Hunter Biden would be paid an excessive amount of money for any company, much less a Ukrainian energy company. He clearly was put in that position because of his father’s last name and his father’s position as the then-vice president. So, we have a lot of questions that need to be answered, and again, if this were a member of Congress, there would be an ethics investigation.”