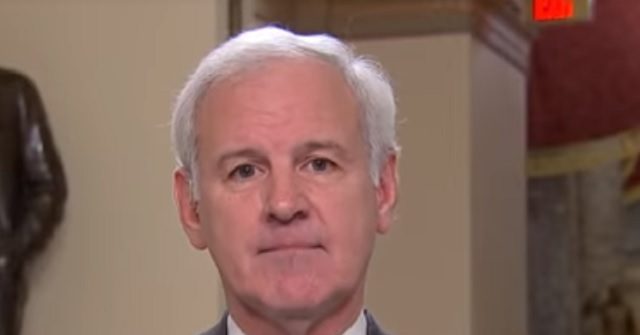 Friday during an interview with Mobile, AL radio’s FM Talk 106.5, Rep. Bradley Byrne (R-AL), a candidate for U.S. Senate in 2020, said although congressional Democrats are raising the possibilities of impeachment for President Donald Trump, he was skeptical about their ability to pull it off.

Byrne told host Sean Sullivan that House Democrats might not have the votes to pull off impeachment.

“I’ve said for months now they’re going to try to impeach the president,” Byrne said. “Now, concentrate on my words there — ‘try to impeach’ because I am far from convinced they can get their numbers together for an impeachment vote in the House, and I know they don’t have the votes in the Senate to remove him. But you know, they’re working themselves up into a frenzy.”

The Alabama Republican said he was reviewing the Mueller report, and based on the parts of the report he has reviewed thus far, he didn’t think Democrats could come together to get to impeachment.

“Don’t forget: There are 30-plus Democrats in the House holding seats that Donald Trump carried in 2016,” he explained. “I’ve talked to some of them — a number of them, and they’re worried because they didn’t get elected by saying, ‘I’m going to impeach Donald Trump.’ They got elected by saying we’re going to deal with health care and these other issues. Well, once you pick up impeachment, you suck all the oxygen out of the room. All the other stuff will not be dealt with.”

Byrne said some TV news outlets were rooting for impeachment because it could mean good ratings. However, he said it was bad for the country, and that might prevent Democrats from being united on an impeachment effort.

“I tell you, I think it’s going to be hard at the end of the day for the Democrats to whip all those new freshmen, in particular, those from Trump districts, whip them into voting for something unless it is crystal clear.”