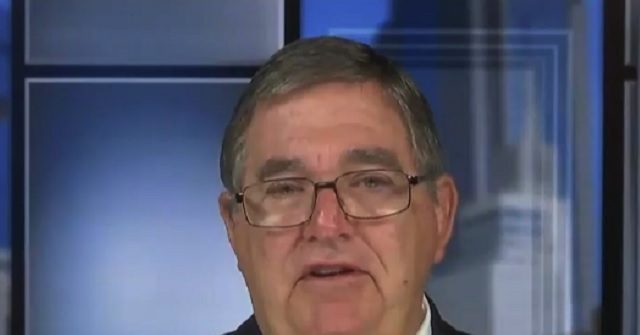 On Thursday’s broadcast of the Fox Business Network’s “Mornings with Maria,” Rep. Michael Burgess (R-TX) said the CDC isn’t “leading with the science” on coronavirus mandates given that states have lifted mask mandates without surges and airplanes have strong air filtration systems.

Burgess said, “People are done, and you know that iconic picture of the sailor kissing his girlfriend on the streets of New York at the end of World War II? Well, that iconic clip of the kids in class where they were told they didn’t have to wear their masks anymore, and the unbridled joy, the rapture that they had, this is where the public is right now. CDC is way behind the curve. Energy & Commerce had a phone call with the CDC director yesterday. It wasn’t on the record. It wasn’t — no transcript, but these confusing guidelines are putting this — the CDC is not leading this, and they’re not leading with the science. Look, there’s plenty of reason to — and every state that has dropped the mask mandates, you haven’t seen a spike. Okay, time to move on. Let’s let the country get back to normal.”

He added, “When we were in the throes of this illness two years ago, there was no mask mandate on a plane and I don’t think, looking at the literature back then, there were more than just one or two cases of someone that possibly contracted the disease on a plane. Air filtration systems are good. Look, we know now most people are vaxed and boosted, okay. Great. Good for them. And it’s time to lift the mask mandates on planes.”