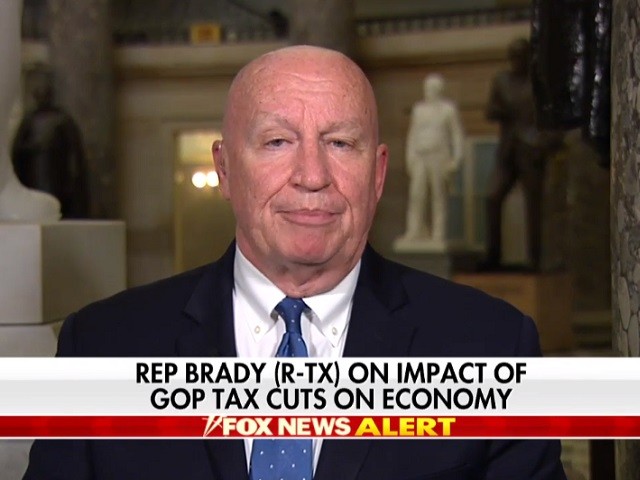 Brady said such a move would be an abuse of power and said there were other ways to examine his business dealings.

CAVUTO: First off, on the tax thing that they’re looking for, Democrats are looking for, they want to go back quite some time. But they’re — they think they have a rationale for getting taxes that they not been able to get up to now. What is it?

BRADY: Yes, they don’t. Well, look, this isn’t about whether the president should voluntarily release his tax returns. You can say yes or no to that. This is really about an abuse of power by Congress.

The law today protects individual taxpayers from Congress examining them and making them public for purely partisan reasons. If Democrats twist the law and weaponize the tax code for purely partisan reasons, they have set a very dangerous precedent, because if Congress, any Congress, can rummage around in the tax returns of the president, what stops them from doing that for anything they think is a political enemy?

CAVUTO: So, what is the rationale they’re using for getting their hands on them now?

BRADY: Well, they believe seeing the tax returns will help them identify any potential conflicts of interest, perhaps within the tax code. But this is an easy answer. You can protect private taxpayers and still look at that. For instance, few people know that the president and the vice president are annually audited by the IRS. They’re subjects to epics reviews and investigation by the FBI. That’s already in place.

CAVUTO: Yes, we should explain that the IRS has to look into any sort of business dealings or relationships…

CAVUTO: … as the president and vice president are conducting official government business, right?

And, by the way, if Democrats want this president or future presidents to disclose more types of information, then fine. We have an annual financial disclosure. We can by law say to any president or candidate, look, we want to know more about this. And that’s the way to do it the right way, not by weaponizing the tax code.

CAVUTO: So they’re not even looking for the current years, though, as president. They’re going back wondering about whether he had business relationships that were nefarious or what have you.

But do you think, whatever justification they have or do not have, that someone running for the highest office in the land, which is a grueling process, and your whole life is an open book, and they’re examining your kids and what you eat and all — I don’t how people put up with it. I don’t know you put up with it. That you should provide your tax records? I mean, you should get it all out there?

In fact, most of what that triggers is, by experts, a very thorough review trying to sort of glean what those relationships are. It’s a really bad way of doing it.

CAVUTO: But there’s a difference between your tax returns — and you’re a big muckety-muck — and — but someone like even the president of the United States, who is a huge muckety-muck, and a very rich muckety-muck.

BRADY: If there is, there’s a better way of doing it than the tax returns. Change the financial disclosure. For example, yes, tackle that.

CAVUTO: Fine. Fine. But do you think anyone running for president, Congressman, anyone, it should be required that they release their tax returns?

BRADY: You know, I don’t know. I will tell you, in the past, I have always seen it sort of as the gotcha game.

BRADY: Frankly, I don’t think it’s been very revealing. I think the financial disclosures — and I keep coming back to that, because that’s where you really learn about relationships, how much stake you haven’t businesses, what are those relationships. I actually think, if that’s the goal, if that’s a legitimate goal, then, look, let’s tackle that. That’s a fair way to do it.