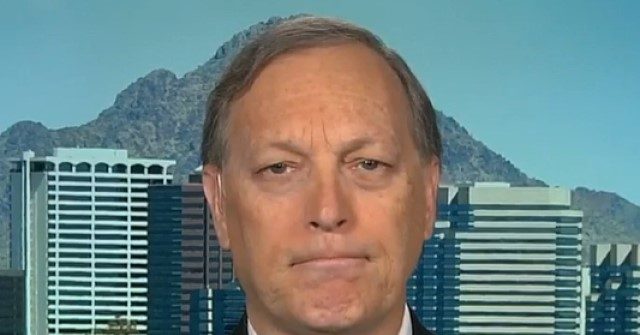 During Friday’s broadcast of “Mornings with Maria” on Fox Business Network, Rep. Andy Biggs (R-AZ) sounded off on the surge of immigrants at the United States’ border with Mexico.

Biggs laid the “inhumane” “crisis” at the border at the feet of President Joe Biden and his administration. He also lamented that White House press secretary Jen Psaki and others in the administration are refusing to acknowledge the situation is a crisis.

“Well, this Biden border crisis is actually inhumane, as any surge is going to be, because the people coming up — and, by the way, it is a crisis, Maria. It is a crisis,” Biggs emphasized. “And I think if you live in the Washington, D.C. bubble, maybe you don’t see that, but any time you have the number of people we have coming across the border illegally being controlled by cartels, human trafficking, sex trafficking and drug trafficking, it’s inhumane to the people who are coming in illegally. It’s inhumane to the people who are here that suffer as well. And by the way, they knew this was coming. We know that they opened the facilities in preparation for this surge, and they’re bringing COVID across; they’re bringing other diseases across. This is a crisis in anybody’s rational point of view, but it is too bad they won’t acknowledge that.”