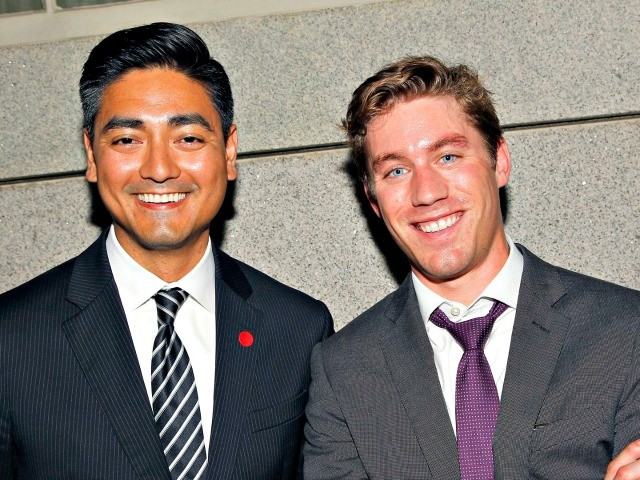 Republican candidates are poised to hold onto five key Ohio seats in the U.S. House of Representatives just four weeks before the midterm elections.

Those five seats currently held by Republicans in the 1st, 10th, 12th, 14th, and 15th Congressional Districts are among the 61 seats currently held by the GOP across the country that Breitbart News identified in July as “must-win” in order for Republicans to maintain a one-seat majority in the House of Representatives. (In addition, the GOP must flip three Democrat-held seats).

In the subsequent two and a half months, changes in circumstances have now placed all five of these races in the likely Republican win column in November.

The improvement of GOP fortunes in Ohio ariseS from both national factors–the strength of the economy, the improved job approval rating of President Donald Trump, and the “Kavanaugh effect”–as well as local factors, specifically the surprising weakness of Democrat candidates in these key races.

In the fifth and final competitive race–in Ohio’s First Congressional District- the Cook Political Report inexplicably continues to rate the electoral battle as a “toss-up” despite the most recent poll that shows the incumbent, Rep. Steve Chabot (R-OH-01) holds a nine point lead over his embattled Democrat challenger, Hamilton County Clerk of Courts Aftab Pureval.

The young and attractive Pureval had been considered a serious threat to Chabot, but he has recently become entangled in a campaign finance scandal of his own making, from which it appears he is unlikely to emerge unscathed.

And that’s a campaign no-no. Using a county account in a federal race could be a violation of election laws, because the rules for each differ.

Pureval spent $30,000 in the first six months of this year out of the clerk campaign account – even though a potential run for re-election wouldn’t come for another two years when Pureval’s term is up, according to a campaign finance reports filed Tuesday at the Hamilton County Board of Elections. Pureval was elected clerk in 2016.

To make matters worse, Pureval’s mother, Drenko Pureval, donated $30,000 to his clerk of courts campaign during this time period in early 2018, $24,600 more than the $5,400 she is legally allowed to donated to his federal campaign for Congress:

One day after the congressional announcement, according to his clerk’s office campaign report, Drenko Pureval, donated $15,000 to Pureval’s clerk of courts campaign.

Drenko Pureval then wrote a second $15,000 check to her son’s clerk of courts account on April 11, the clerk report says, bringing the total she donated to that campaign to $30,000.

In the midst of those donations, on April 4, Pureval paid $16,400 to Washington D.C.–based polling firm GBA Strategies for consulting, the clerk’s campaign report said. GBA is a Democratic polling firm. Pureval had never before used the firm in the clerk’s race. GBA did a congressional poll for Pureval in January, according to a polling memo distributed to supporters from the congressional campaign, which was obtained by The Enquirer.

Since that story broke in August, the scandal has continued to widen.

“The Enquirer has obtained the poll at the center of a campaign finance spending complaint against Hamilton County Clerk of Courts Aftab Pureval – and it’s unquestionably a poll about his current congressional race,” the Cincinnati Enquirer reported on September 26.

On October 1, the Foundation for Accountability and Civic Trust filed a complaint against Pureval with the Federal Election Commission, arguing that, “[t]he facts surrounding Pureval’s use of his non-federal account clearly indicate he has accepted donations and made expenditures for his federal campaign with non-federal funds.”

The attempts to obscure and explain only demonstrate intent to violation the law. If the Commission does not act and punish such a clear violation, then the laws are without purpose.

On Monday, the National Republican Congressional Committee [NRCC] issued a statement noting that “Aftab Pureval was called out by ABC Channel 9’s Tanya O’Rourke for refusing to answer her questions about his campaign’s illegal campaign finance violations.”

“This is what a campaign in crisis looks like. Aftab Pureval owes OH-01 answers about a widening scandal that could result in criminal charges being placed against him,” the NRCC’s Chris Martin said in the statement.