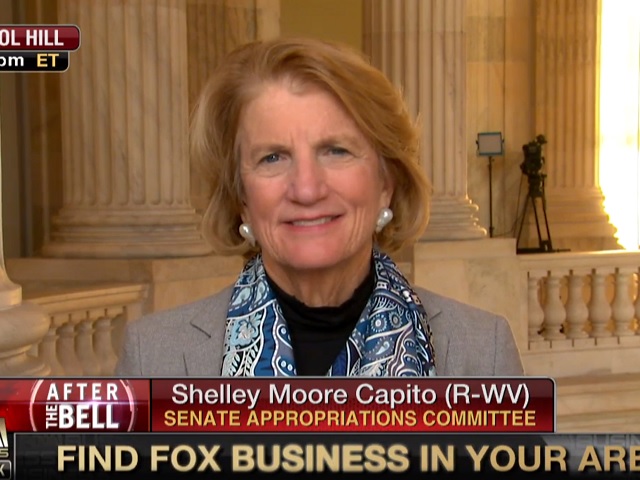 On Thursday’s broadcast of the Fox Business Network’s “After the Bell,” Senate Homeland Security Appropriations Subcommittee Chair Shelley Moore Capito (R-WV), who is also a member of the immigration conference committee, stated that the conference committee could “easily” come to an agreement if President Trump and House Speaker Nancy Pelosi (D-CA) left the group alone.

Host Connell McShane asked, “You can get to that point [the funding deadline] with something that looks, or essentially is a wall?”

Capito answered, “I think we can. I think we want to. I think there’s the will. We had our first committee meeting yesterday with everybody around the table. We certainly want to do it. And we have seasoned appropriators on there as well to be able to move this process. They’ve solved hard issues before. Where I think if we could, maybe be left to our own devices, I think we could do it quite easily.”

Capito responded, “And the speaker.”

She added, “I believe we need a barrier, a wall, however you want to term it. They’re successful, where they’re used in the congested areas. But it’s not going to be across the United States or in large, large numbers, and she knows that.”