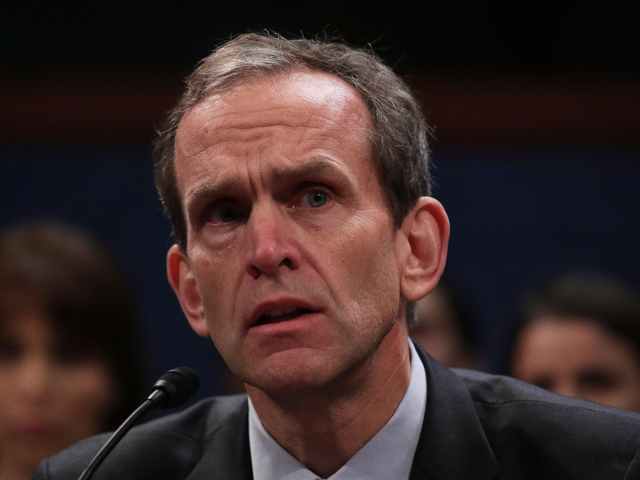 In a recently leaked video of a Google all-hands “TGIF” meeting, the company’s Senior Vice President for Global Affairs and Chief Legal Officer, Kent Walker, made a number of disparaging comments about President Trump and other populist movements — so who is Kent Walker?

In a recently leaked video from a Google meeting, Kent Walker, the company’s Senior Vice President for Global Affairs and Chief Legal Officer, can be heard making a number of comments about the election of President Trump and the broader populist movement worldwide.

During the meeting Walker stated that “Fear… xenophobia, hatred” is responsible for “self-destructive” populist victories around the world, such as President Trump’s election. Walker later states: “History teaches us that there are periods of populism, of nationalism that rise up, and that’s all the reason we need to be in the arena… That’s why we have to work so hard to ensure that it doesn’t turn into a World War or something catastrophic, but instead is a blip, is a hiccup.”

So who is Walker? Walker is Google’s Senior Vice President for Global Affairs and Chief Legal Officer — one of the most senior executives in the company — and is known for recently being rejected to testify before the Senate Intelligence Committee. When Google was asked to testify on the topic of possible interference in the 2016 election by the Senate Intelligence Committee, they put Walker forward to testify on behalf of the company instead of CEO Sundar Pichai or co-founder Sergey Brin, a selection that the committee was not happy with.

Senator Richard Burr, Chairman of the committee at the time, rejected Google’s offer to send Walker to testify stating: “I told them I wasn’t accepting the senior vice president.” In response, Walker published his entire planned testimony online which included quotes such as:

We believe that we have a responsibility to prevent the misuse of our platforms and we take that very seriously. Our efforts in this area started many years before the 2016 election. We work to detect and minimize opportunities for manipulation and abuse, constantly tackling new threats and bad actors that arise. Google was founded with a mission to organize the world’s information and make it universally accessible and useful; the abuse of the tools and platforms we build is antithetical to that mission.

Walker also delivered a speech at the IAPP Privacy Summit in 2015 where he stated that “protecting privacy is tough” and discussed how Google regularly deals with privacy issues on a daily basis:

Walker has not previously discussed his own political views that openly before, his comments during the leaked Google all-hands “TGIF” meeting provided some of the first direct examples of Walker’s personal views. During the meeting, Walker made statements such as: “We do think that history is on our side in a profound and important way … the moral arc of history is long but it bends towards progress… While it may be that the Internet and globalization were part of the cause of this problem, we are also fundamentally an essential part of the solution to this problem.”

The full meeting including Walker’s comments can be found here.