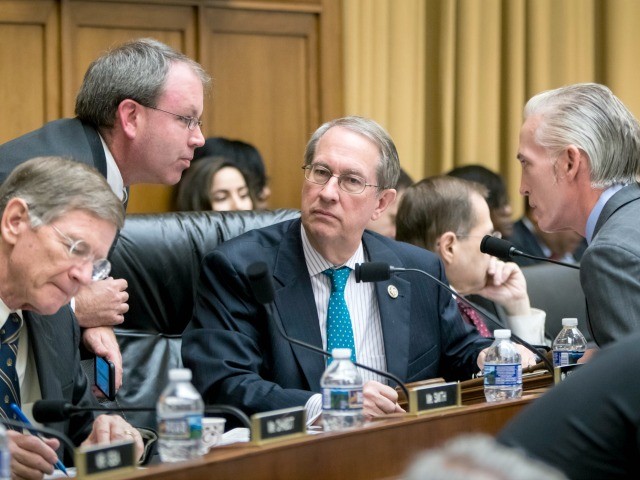 On Saturday’s broadcast of the Fox News Channel’s “Cavuto Live,” House Judiciary Committee Chairman Bob Goodlatte (R-VA) stated that if he was Deputy Attorney General Rod Rosenstein, he wouldn’t resign based on reporting in the New York Times, but if the reports are true, Rosenstein should quit and his firing would be justified.

Goodlatte said, “I would not step down based upon a report in the New York Times. I think that they are serious allegations, but they’re also somewhat bizarre allegations. And I think the best way to resolve this is to produce the documents that the Judiciary Committee and others in the Congress have been requesting, most specifically, the McCabe memos.”

Goodlatte added that if the allegations are true, “Mr. Rosenstein would be well advised to step aside, and the president and the attorney general would be well within their rights to terminate his employment.”