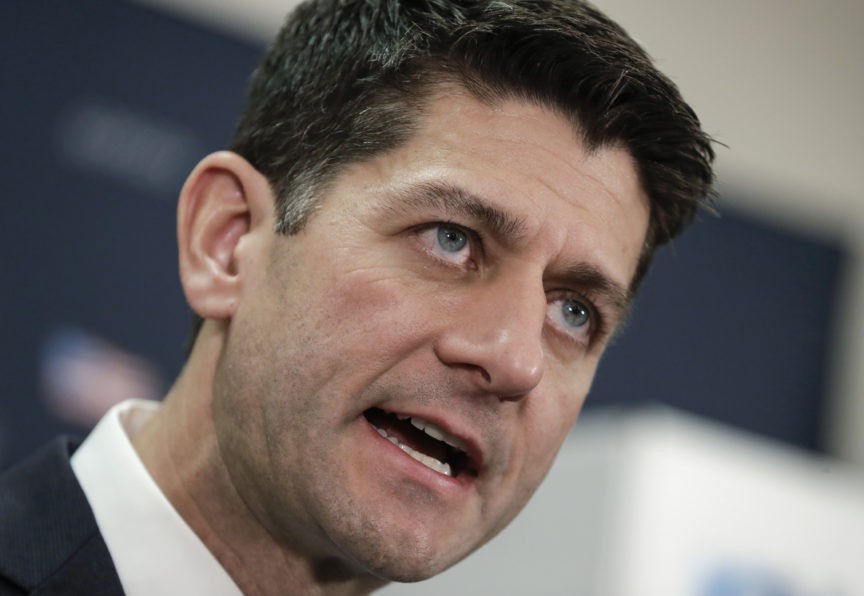 The House GOP leadership is responsible for blocking a pro-American immigration reform package which was backed by President Donald Trump, a top House chairman said Tuesday.

The GOP leadership let the House immigration reform die in June by allowing a critical bloc of GOP legislators to split their votes between two rival reform bills, said Rep. Bob Goodlatte, the retiring chairman of the House committee on the judiciary.

“The strategy of having two options really let people have an off-ramp — they could vote for the more conservative bill and against the other, or vote for the second bill and not the first,” Goodlatte said, adding:

That is just not a good strategy and I complained about it at the time. I said ‘You’ve got to narrow this down to one bill and then work really hard to get the members to vote for that one bill.’

Goodlatte’s statement matches the June statement by Rep. Jim Jordan, who said: “If our leadership had put the same whip effort behind that immigration legislation, Chairman Goodlatte’s legislation, it would have passed.” Watch from 14:00 here:

On November 30, Ryan told an interviewer that he preferred the second bill, which he credited to Florida GOP Rep. Carlos Curbelo.

The Curbelo bill was drafted when Ryan exploited a pro-amnesty push by Curbelo and other business-first GOP legislators to push an amnesty for younger “DACA” illegals. Ryan blocked the amnesty push by crafting a pro-business “Goodlatte II” bill to sink Goodlatte’s bill.

On immigration, I really liked—I call it “the Curbelo bill,” it was Goodlatte II — the immigration compromise bill that I put on the floor in July, which satisfied the president’s four pillars.

However, the Ryan/Curbelo bill provided the GOP’s business donors with a much higher migrant inflow of cheap worker and extra consumers, compared to the Goodlatte bill.

Ryan has a long history of supporting more cheap labor immigraiton, despite the harmful impact on Americans wage earner, in workers’ productivity, and on the GOP’s political support. Ryan did not run for reelection in 2018 and is expected to take a well-paid job from GOP-aligned business groups in the new year as his former majority faces a Democratic majority in the House.

His deputy, California Rep. Kevin McCarthy, is expected to adopt a more populist stance as minority leader in the House.

The Goodlatte bill would have cut legal immigration by ending the visa lottery, providing a work permit amnesty to just the 700,000 illegals who are registered in the DACA program, and ensuring deeper immigration cuts, said Rosemary Jenks, policy director of NumbersUSA. It also included much careful language to hinder fraud and to prevent pro-migration judges from hijacking the bill’s limited amnesty for their own goals, said Jenks, who opposed the bigger Ryan bill.

Ryan’s support for the Curbelo bill allowed 41 GOP legislators to vote no on the Goodlatte bill when it came up for a June vote.

“If it has been the only bill offered, it might have passed,” Goodlatte said. “We were 20, 21 votes short,” said Goodlatte. The [bill] would have passed “if we had gotten half of [the GOP ‘no’ voters] to join with us, we would have gotten there,” he said.

Paul Ryan’s cautious-business-first amnesty got 121 GOP votes but blocked by 112 GOP no votes. But Goodlatte’s reform bill got 193 GOP yes votes, 41 GOP no votes. It seems the House GOP’s immigration position has shifted from pro-employer to pro-employee. https://t.co/wq0BgKLMTH

McConnell scheduled a debate where legislators were allowed to vote on four rival immigration bills. This complex vote allowing a bloc of roughly 15 business-first Senators to disguise their votes against Trump’s reform by voting against amnesties pushed by Democrats.

The double-amnesty was pitched by business groups and by the establishment media as a moderate middle-ground compromise, even though it would have directed enforcement officials to stop deporting illegals who are holding down Americans wages by covertly working for Americans employers.

If McConnell had only allowed a single vote on Trump’s reforms, the GOP and Democratic Senators would have had to publicly display their support or opposition to Trump’s pro-American reforms.

Immigration also pulls investment and wealth away from heartland states, because coastal investors can more easily hire and supervise the large immigrant populations who prefer to live in the coastal states.