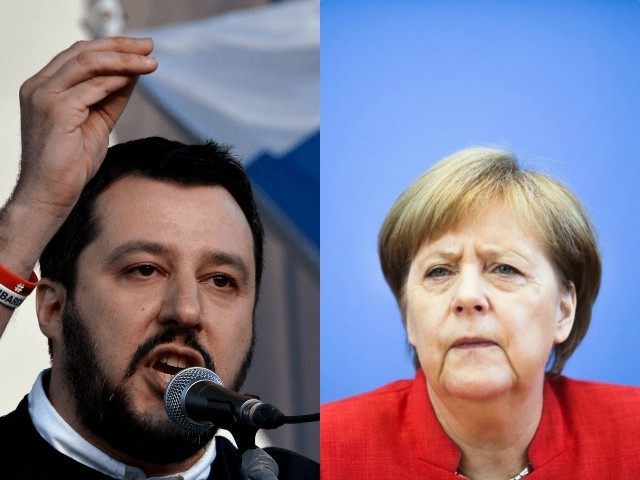 Reacting to the news of the historic low result for Dr Merkel’s sister party in a scathing tweet, Mr Salvini, who leads the right-wing populist League party, said the result showed Merkel and “the old system had lost” as well as praising the electoral gains for the AfD.

The populist leader wrote: “In Bavaria change has won and the European Union, the old system that has always been poor in Brussels, has lost.

“This was a historical defeat for Christian Democrats and Socialists, while for the first time many of the AFD friends are entering the Regional Parliament.”

Former CSU leader Erwin Huber was more downbeat, saying: “That’s a serious defeat. Everything under 40 percent is terrible for the CSU”. His party got 37 per cent.

While the centre-right CSU — localised sister party to the larger nationwide Christian Democratic Union (CDU) controlled by Merkel — won the vote, it lost over ten points compared to the last election in 2013.

Meanwhile, the right-wing populist Alternative for Germany(AfD) won ten per cent of the vote and entered the 15th of Germany’s 16 state assemblies for the first time.