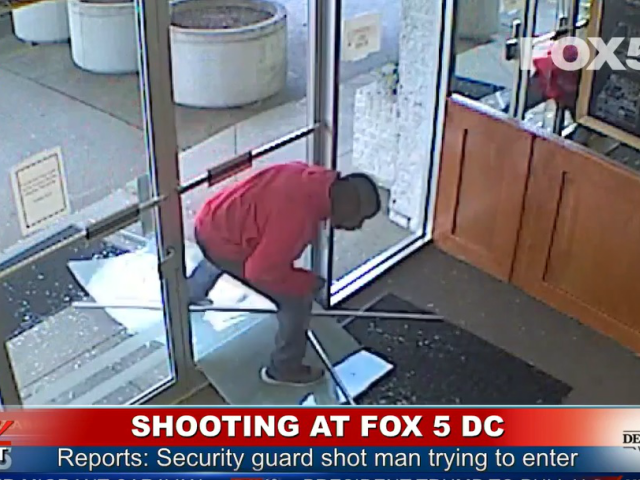 A suspect allegedly trying to break into Washington, DC’s Fox 5 channel was shot by a security guard Monday afternoon.

The suspect was transported to a hospital in critical condition.

Fox 5 reports that police responded the alleged break-in and subsequent shooting around 3:15 pm.

Fox 8 reports that the suspect was allegedly “trying to break in through the lobby.”

Employees at Fox 5 are safe and police say there is no continuing threat.

Fox 5’s Will Cockey tweeted video of the suspect being taken from the lobby to an ambulance outside the building: