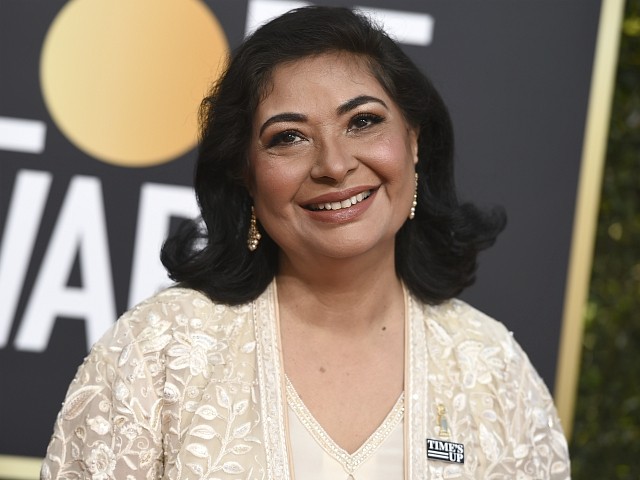 In her remarks, Tatna also announced the creation of a new mandate to support media members with large financial grants.

“The freedom of expression that makes possible your work as creators and our work as journalists is under siege, which is why our missing to establish cultural ties between foreign countries and the United States has never been more important,”  began Tatna before attendees at the Beverly Hilton Hotel. “To that end, our members, representing 50 countries, have unanimously voted to expand our mandate to to support journalists around the globe with grants of $1 million dollars each to two non-profit, non-partisan organizations.”

The Reporters Committee for Freedom of the Press, which provides pro-bono services for journalists, and the environmentally-focused Inside Climate News, are the association’s inaugural recipients, Tatna announced.

Tatna, running unopposed, was re-elected president of the association for the 2018-2019 year. The Indian-American journalist succeeded outgoing president Lorenzo Soria the previous year.