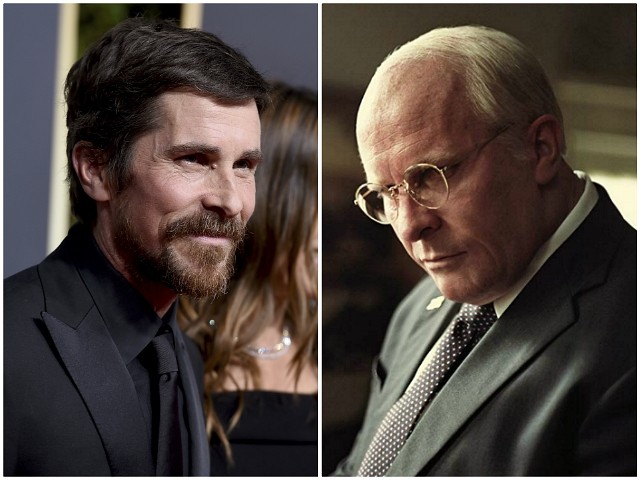 Actor Christian Bale thanked “Satan” for helping him prepare for his role as former Vice President Dick Cheney in his Golden Globe acceptance speech Sunday after winning Best Actor in a Motion Picture Musical or Comedy for Vice.

Christian Bale, who previously won a Golden Globe for his 2011 role in The Fighter, thanked his wife early in his speech, saying she had advised him to say less while he was up there because she knew how much trouble he could get in to. The actor then thanked Satan for providing inspiration on how to play Cheney.

Christian Bale Golden Globe Awards acceptance speech for role of Dick Cheney: “I will be cornering the market on charisma-free assholes. What do you think, Mitch McConnell next? That could be good… Thank you to Satan for giving me inspiration on how to play this role,” pic.twitter.com/4KVewCViao

Despite his criticism of Cheney Sunday, Christian Bale previously praised the former vice president for his commitment to his loved ones and his love of learning.

“He was a wonderful family man — he’s a great dad, he’s an avid reader, he has a brain like a vice and he constantly reads history,” the actor said in an interview with Fox News last month. ”He was very laid-back. He would have been very happy to be a lineman in Wyoming if he hadn’t met Lynne, who said to him, ‘No, that doesn’t cut it. You need some ambition.’ What would have been if they hadn’t met?”

Vice topped all contenders in the nominations that were announced at the Beverly Hilton Hotel in Los Angeles, including best picture, comedy, and best actor nominations for Christian Bale’s nearly unrecognizable performance as the former vice president. It also earned nominations for Amy Adams’ Lynne Cheney, Sam Rockwell’s George W. Bush and for the screenplay and direction by McKay, the veteran comedy filmmaker who once skewered politicians as a Saturday Night Live writer.

For even the often-quirky selections of the Hollywood Foreign Press Association, a collection of 88 mostly lesser-known freelance film journalists, the strong support for Vice, which arrived in theaters on December 25, was a surprise. Even its categorization of the film — a highly critical portrait of Cheney as a power-hungry, behind-the-scenes tyrant — as a comedy raised some eyebrows, as did Globes recent comedy selections Get Out and The Martian.