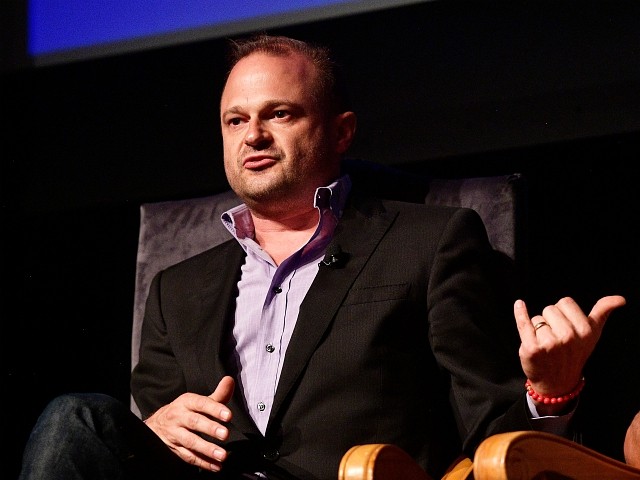 Brad Simpson, executive producer of The Assassination of Gianni Versace: American Crime Story, urged voters on Sunday to “resist at the ballot box” in his acceptance speech for Best Television Limited Series or Motion Picture Made for Television.

“Our show is a period piece, but the forces are not historical. They’re here, they’re with us and we must resist,” said Simpson.

“They tell us that we should be scared of people that are different than us. They tell us we should have walls around ourselves. As artists, we must fight back by representing those who are represented and for providing a space for people who are new voices for stories that haven’t been told,” Simpson said.
Simpson, who reminded viewers of Versace’s death two decades ago, praised the designer’s openness about his sexuality despite  “hate and fear.”

“Those forces of hate and fear are still with us,” Simpson continued, before calling on artists who feel under-represented to fight to tell their stories. “As human beings, we should resist in the streets, resist at the ballot box, and practice love and empathy in our everyday lives.”

Earlier, actor Darren Criss won the Golden Globe for Limited Series or Movie Made for Television for his role in American Crime Story. The 31-year-old dedicated the win to his “firecracker” mother and ended his acceptance remarks, proclaiming “This is totally awesome!”