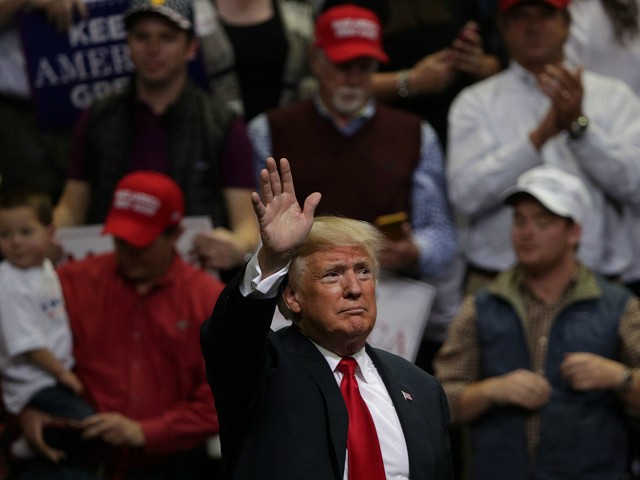 President Trump posted a big thank you and “GOD BLESS THE U.S.A.!” to Greenwood following the rally in Tennessee with video of the thousands of rally-goers packing the stadium:

Thank you for joining us tonight in Tennessee, @TheLeeGreenwood. GOD BLESS THE U.S.A.! pic.twitter.com/hfxi4Ct6Pv

The song has been a familiar anthem at Trump rallies as thousands gather to listen to and see President Trump.

Trump has been holding two-a-day rallies for several days leading up to the 2018 midterm elections that will conclude on Tuesday. Republicans are in a tough battle to maintain control of the House of Representatives.

Trump will hold three rallies on Monday, the eve of the election. The three will take place in Cleveland, Ohio; Fort Wayne, Indian; and Cape Girardeau, Missouri.