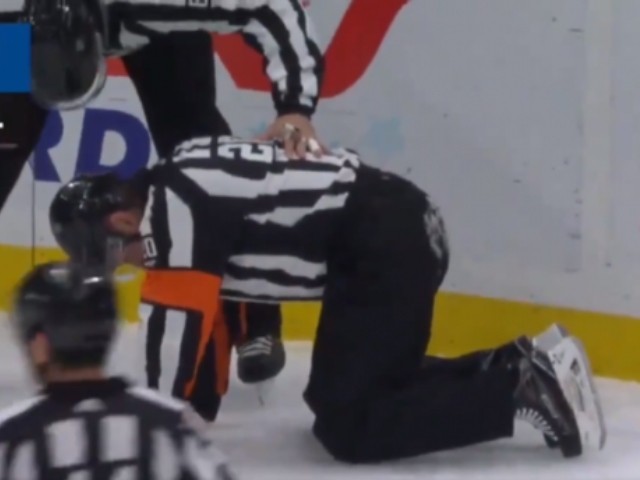 The St. Louis Blues had a goal taken away on Tuesday, after the puck entered the Florida Panthers net in an odd, and rather painful way.

Only minutes into the game at Enterprise Center in St. Louis, Blues defenseman Robert Bortuzzo slapped a shot down the ice that found a target no one was expecting, when it careened into NHL referee Tim Peel’s crotch. The puck rebounded from hitting Peel and slid right into the Panther’s net, the Comeback reported.

The shot to the… goal… would have tied the game but refs disallowed the point because, according to NHL rules, goals from pucks deflected off an official are invalid.

Here’s why the puck that went off the incredible Tim Peel and directly into the net didn’t count for the Blues. #WhoKnew pic.twitter.com/jsqEofTw9u

Despite losing the goal, the Blues eventually won the game in a 4-3 final.

The play gave new meaning to the term penalty shot.